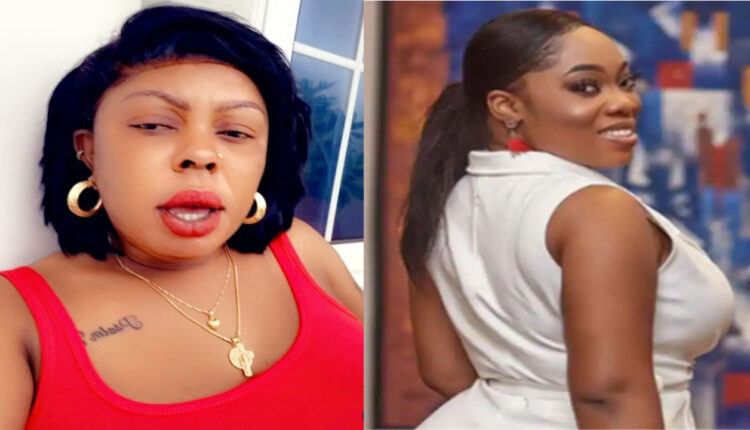 Queen of Ghana comedy, Afia Schwarzenegger has blamed the current predicament of Moesha Boduong on Ghanaians.

Afia Schwarzenegger is among the very few celebrities who joined Moesha Boduong at The Revelation Church to give her testimony and announce that she’s born again.

According to Afia who has not uttered a word on the viral video until now, Ghanaians are the cause of Moesha’s woes.

She debunked rumours carried around by Adu Safowaah suggesting that a businessman swapped her soul.

Afia asserted that Ghanaians did not consider Moesha’s mental health when she announced her repentance but rather took her to the cleaners and said all sorts of things about her.

She said, “Hypocrites and parasites.. Ghanaians are very stupid. Now you want to blame me because I am not posting Moesha. When Moesha said she has repented all of you, you were mocking her, you were circulating lies, you were trolling her. Did you give one minute to her mental health….. After trolling her and breaking her down, you people have made Moesha suicidal.“

“There is no man involved, the person involved is your stupidity!” she added.

This is what the word Slay Queen Means in Ghana