Serwaa Amihere, according to the anonymous Snapchat user told Napo that she was pregnant for him and that, she had no intention of keeping the pregnancy, thus she needed money to abort it.

The GHone employee, on the authority of Bomboshelli, is said to have allegedly collected GHc20,000 from Napo for an abortion.

Serwaa Amihere and Napo had their first encounter in April, when the Member of Parliament for Manhyia South Constituency was invited into the studious GHOne TV for an interview.

The System Is Working- Serwaa Amihere Reacts To…

Serwaa Amihere Throws Hot Jabs At Adu Sarfowaa After She…

Serwaa Amihere blasts TT for deserting his kids when he had… 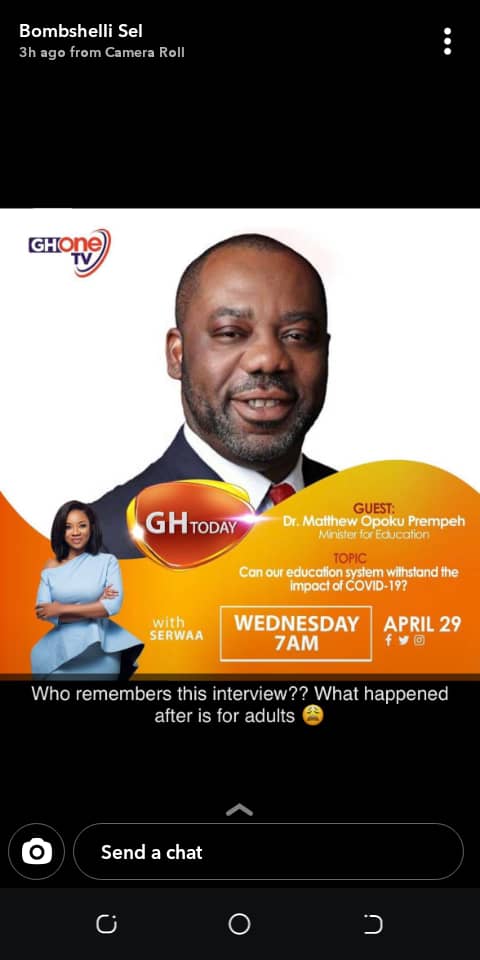 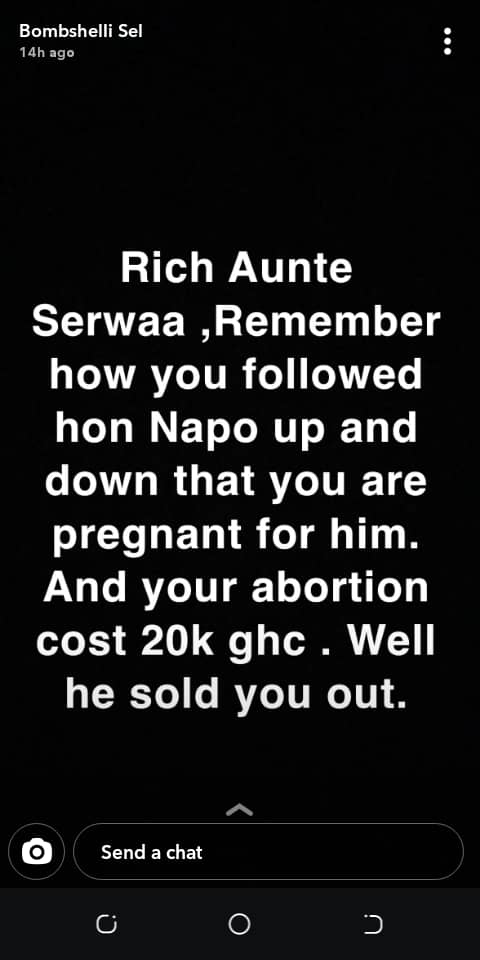