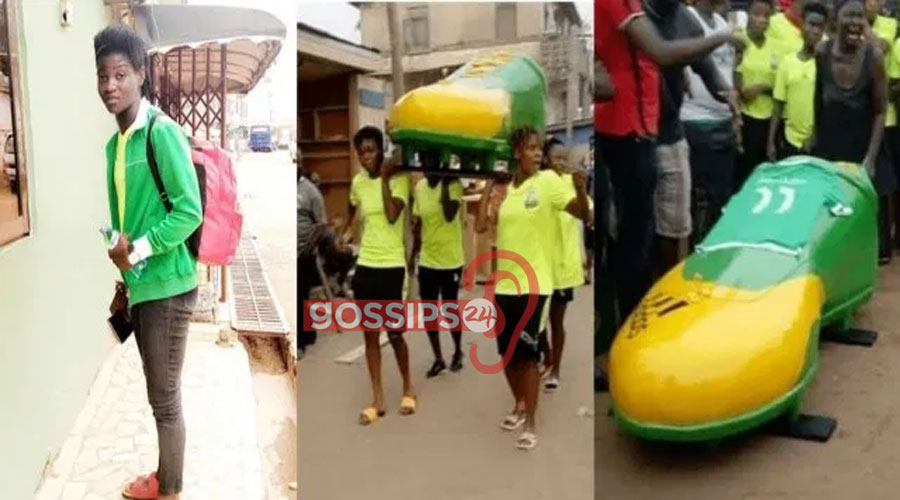 A young Ghanaian female footballer, Berekisu Tejani was finally laid to rest over the weekend.

The late footballer was a key player for National Women’s League side Sea Lions Ladies FC who died at age 20 after a short illness.

Late Berekisu Tejani was laid to rest in a football boot-shaped coffin.

She was reported to have died on Friday, January 3 and was a first-year student at the University of Cape Coast. (UCC)

A statement from Sea Lions Ladies FC announcing her demise on Twitter read:

”With a heavy heart, we announce the passing of our former midfield maestro and a level 100 student of UCC, Berekisu Tejani. She was part of the team that qualified us for the National Women’s League in 2016.