Did you miss this? A dissatisfied Shatta Wale wanted to prove a point to Stonebwoy that he messed up his instrumental for “Ay3 Halfcast”.

Apparently, Stonebwoy performed his collaboration with Larruso on the remix of the budding musician’s “Killy Killy”. During Stone’s performance of the song that was birthed from the instrumentals of Shatta’s “Ay3 Halfcast“, he – Stone – chipped in a freestyle.

However, Shatta who was disappointed with Stonebwoy’s freestyle offered to school him on how to use a world-class beat that gave him one of his hit songs.

Watch how both Shatta Wale and Stonebwoy messed up the beat with ‘DUNA’ flying all over in their freestyles; 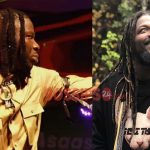 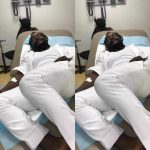