The CEO of AMG music, Criss Kwaku Waddle, the ‘Biegya’ hit-maker has revealed why he don’t grant Ghana interviews anymore.

” I hardly grant interviews cus it’s always boring…so when is the album coming out? Who did you feature on it? What should ur fans expect from u? What do u do aside music? Thank u very much for coming, we hope to have u here next time ah ah ah GHANA.” 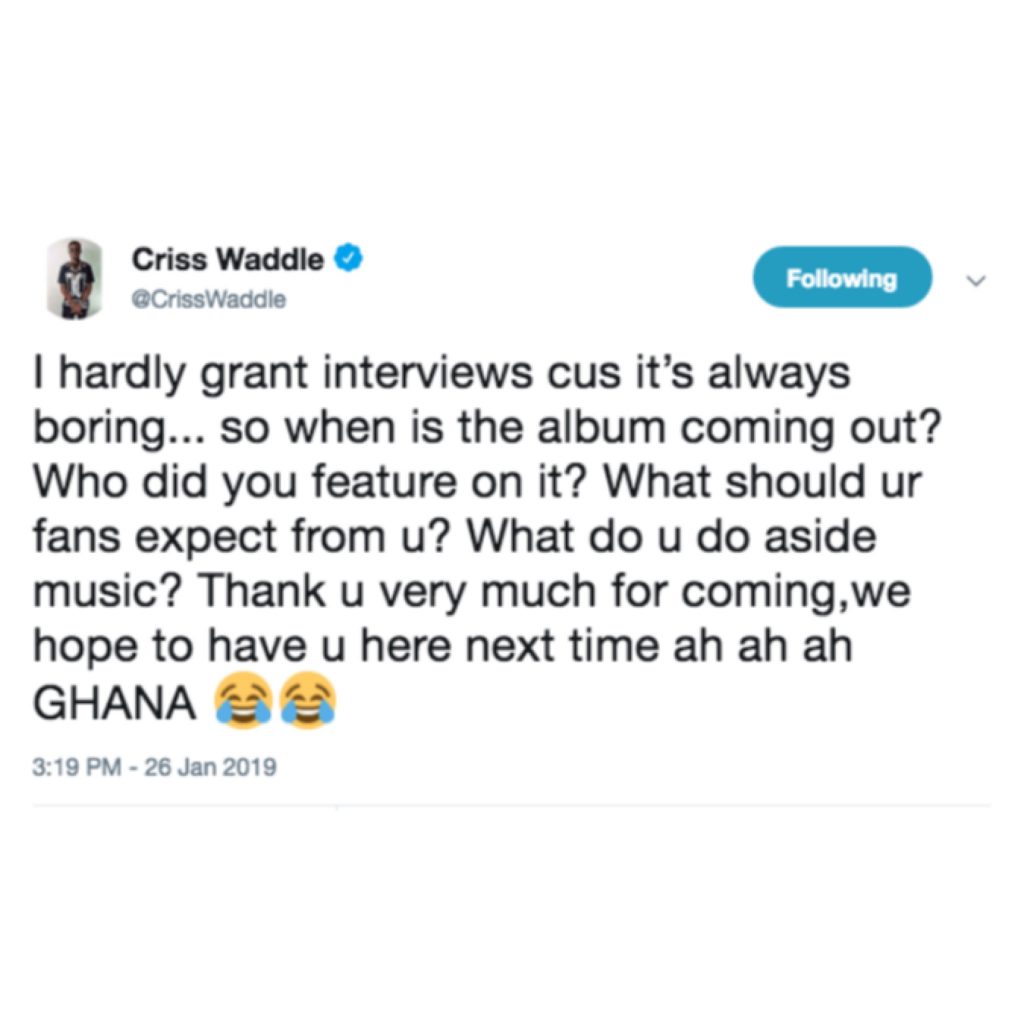 There Is Nothing Like Sika Duro – Criss Waddle (Video)

Soon after this post was made , a fan replied him saying Criss Waddle is no musician but a scammer because he don’t remember the last time he heard his song.

Minutes later the AMG boss came back to savagely reply the fan. ” This tweet of yours came from a techno phone i’m sure… no iPhone user can be this bitter when there is a temple run app.” he replied.

Below is the screenshot of the original posts tweet. 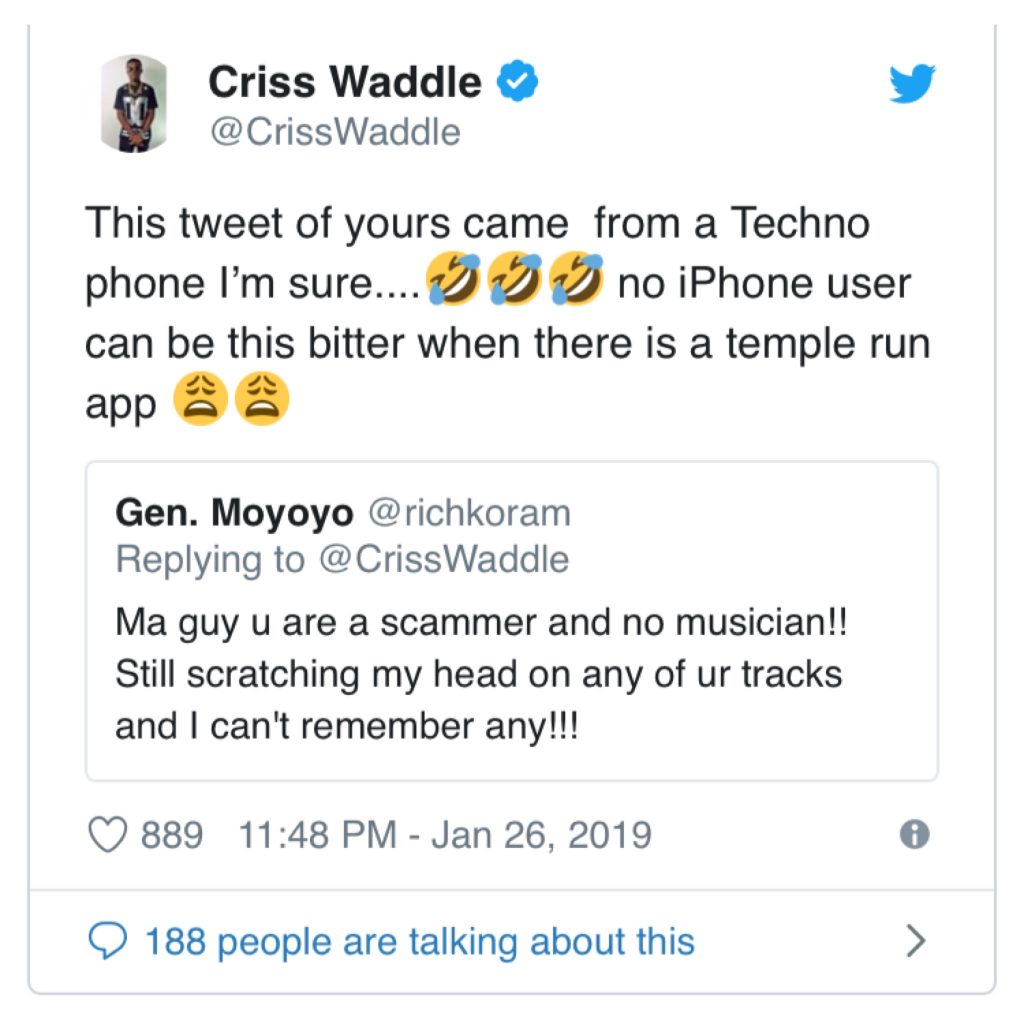 Wendy Shay releases another single banger “All for You”

Tic to give out 500gh to fans; Check out what you have to do