Leader and founder of Cosmos Ministries, Prophet Cosmos Walker Affran has predicted that Ghanaian Hiplife veteran, popularly known as Castro who got missing in 2014 will return in the middle of 2021 which is coming next year, Gossips24.com reports

As confidently alleged by Prophet Cosmos Walker, Castro is still alive and not dead as speculated in the mass media and amongst Ghanaians.

In the course of an on-air exclusive interview on one of the esteemed Tarkorad radio station(s), the supposed prophet of God professed that Janet Badu, who got missing alongside with Castro is dead.

In Prophet Cosmos Walker’s own words

He’s alive, but the lady is dead. My brother, believe me, Castro will come back in the middle of next year safe and sound. When he comes back he will become a pastor. Asamoah Gyan and few friends are aware that Castro is still alive just that they are afraid to tell Ghanaians.

Castro and Janet Bandu has both been missing since 2104 after the two mysteriously disappeared in a resort at Ada. The two will officially be declared dead coming next year which marks 7 years since their disappearance according to the constitution. 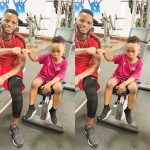 Mubarak Wakaso shares adorable pictures of the son on his birthday 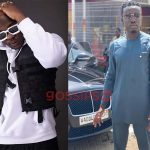 Criss Waddle heaps praise on Medikal, tags him as the most grateful and appreciative person he has ever met (screenshot)