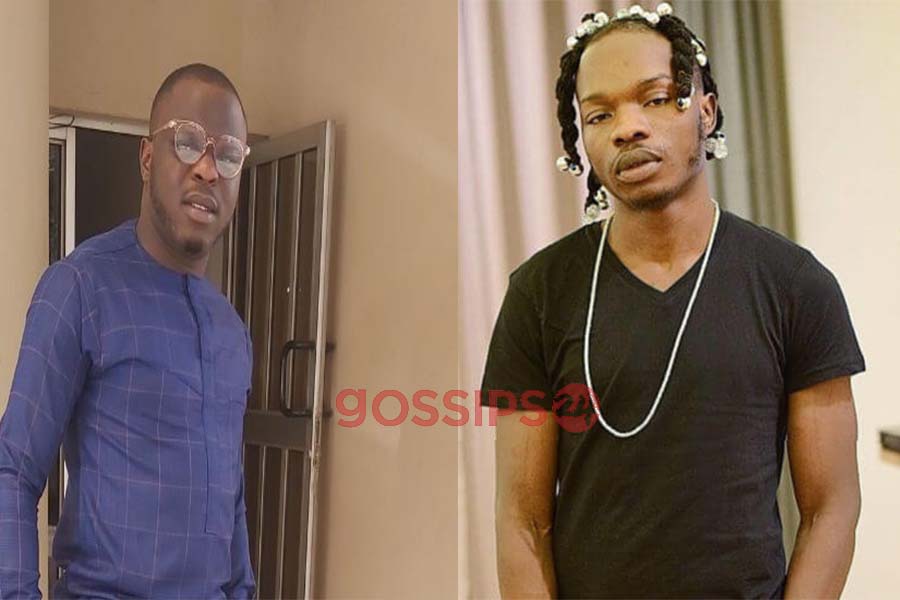 Apostle Chris Omashola of the Zionwealth Of Life Assembly, Lekki, has reacted to the backlash he has received since revealing his 2020 Prophecy in which he said God told him that Nigerian singer, Naira Marley is “demonic and Satanic.

The clergyman made headlines two years ago after a sex tape featuring him and a certain lady surfaced online.

Many fans of the singer have since taken to social media to attack the clergyman, saying he doesn’t have the moral stand to paint Naira Marley in a bad light since he has a sex tape.

However, Apostle Omashola has now taken to his Twitter handle to react to the backlash, saying the sex tape issue is a thing of the past and that God has since forgiven him and he has been restored into full-time ministry.

He said bringing up the sex tape issue after sharing what God told him to say, will not deter him as he has since been forgiven by “his maker.” He pointed out that it is now left for Naira Marley to heed the counsel of God and repent.

In his words; “I am not ashamed and cannot be shamed by Marlians of my yesterday’s mistakes which I have since repented from and God has forgiven me of. I have gone through series of repentance process as a man and with my head up and shoulders high, I have moved passed that. #MarliansGetLost”

“I have made peace with the lady in question, made peace with my God and moved pass that phase of life long ago. However, I stand to say NO TO internet frauds, drugs abuse, immorality, gansterism, mannerlessness and other demonic Marlian Manifestations. #MarliansGetLost #ACO1”

I have strong s£xual desire for sugar mummies but I…