Nana Tornado, as widely known in the entertainment industry has levelled some extremely wild allegations against his former confidant Afia schwar during an on-air Tv interview with Mona Gucci in the studios of Kantanka Tv

According to Nana Tornado who has greatly shown intense dislike for Afia Schwar on several occasions and vice-versa, the annoying female media personality engages in sexual activity with numerous men in exchange for money.

As claimed by Nana Tornado, he has a lot of disgusting secrets about Afia schwar which will cause her a great damage if he throws such information into the media space.

On the authority of Nana Tornado who was recently in the news for dumping both the bible and quran into the flush toilet, Afia Schwar aside being a big-time asahwo is also a lesbian.

Nana Tornado is not the only and first person to level these worrisome and disturbing allegations against Afia Schwar, Ghanaian female vocalist professionally known as Mzbel has made same assertions on several occasions both online and during radio/Tv interviews.

Is Afia Schwar really a lesbian and additionally a big time ashawo? A question for the Gods indeed. 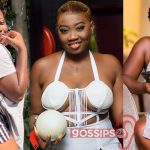 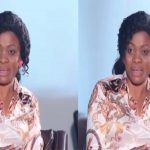