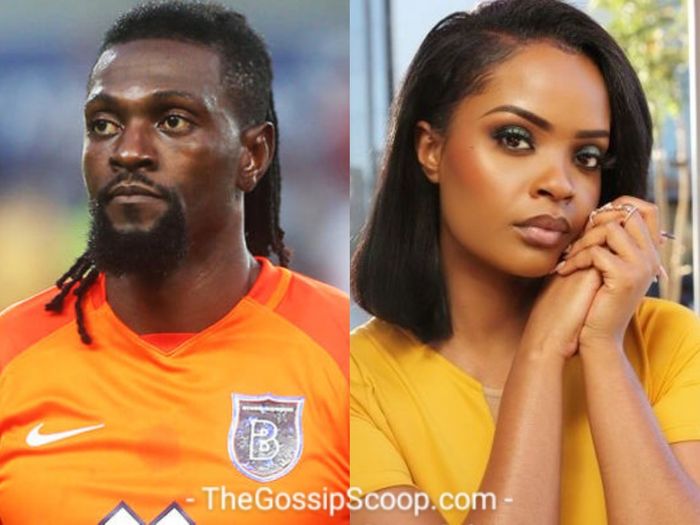 We reported the yesterday that, popular footballer Emmanuel Adebayor and his Namibian girlfriend Dillish Mathews have allegedly broken up.

Well, it seems it’s actually true as the Namibian superstar, Dillish Mathews has indirectly responded to the breakup rumors via her Instastories.

News broke that the two have gone their separate ways after the footballer made a comment suggesting that they are no more together.

Adebayor when answering a question from a fan who asked him when he’s visiting Namibia said that, he has absolutely nothing doing in Namibia so he’s not visiting there.

Well, according to Dillish Mathews , Emmanuel Adebayor is a Childish man.

I have a recorder when having s3x – Kidi shockingly reveals

Throwback photos of when Becca was dark and lovely

Most people who do not show off their partners on social media are cheating. – Akwaboah Alledges

He was more than a backbone – Kennedy Osei mourns Kwadwo Wiafe