Multiple award-winning screen goddess, Martha Ankomah has aggressively expressed her displeasure on the pressure critics have mounted on her to get married as soon as possible because she’s growing old, Gossips24.com reports.

Stressing on why she’s not married yet, beautiful Martha publicly disclosed that, she’s a devoted Christian who believes in God’s time so she will not rush to marry because all her colleagues are marrying citing a popular phrase in the Bible; “Gods time is the best”

According to Martha Ankomah, his parents, siblings, friends and fans have been pressuring her to marry but unfortunately, she has marriage is off her bucket list for now.

As revealed by Martha Ankomah. she has been heavily bashed on several occasions for being unmarried at her age but she won’t allow those pointless and useless evaluations force her into marrying someone she doesn’t love just based on people’s opinions.

The celebrated actress made these submissions in an interview with TV presenter Nana Adwoa Sarkodie during an IG live video session she hosted.

People usually say a lot of things to me with regards to marriage. But the Bible says all things work together for good to them that love God and also in His time, He makes all things beautiful.

So I believe when its God’s time, I’ll get married. Delay doesn’t mean denial. God reserves the best for his children. Remember, it’s not about just getting married, what is important is to be happily married. So you don’t just marry for marrying sake 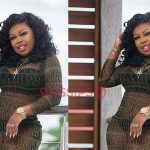 John Mahama will use the nation’s money on his side chicks, don’t vote for him – Afia Schwar tells Ghanaians (screenshots) 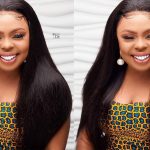