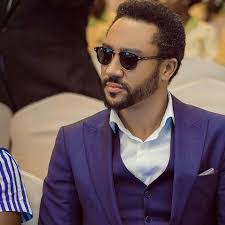 Whiles speaking in an interview on Pure FM just this afternoon, Majid Michel argued that governmet’s intervention is not needed to resurrect the dead insutry but rather, prodcung of good movies will just do the magic

It can be recalled that just some few weeks ago, actress,  Yvonne Nelson had stated in a letter addressed to various Government stakeholders that the movie industry needs their help.

Asection of the letter reads;

“We have heard some of our own on countless occasions slamming the industry for its decline with the favourite words ‘Ghana movie industry is dead’. It is quiet disturbing to hear these words being uttered when asked about our industry. A once well-structured industry with lots of entertainment to give cannot, and will not be abandoned for it to be ruined.”

“We aim to present a petition to the President and the Minister of Tourism, Creative arts and Culture citing the difficulties facing us in the industry. We want to bring unity to all industry players, we aim to uplift the Ghana movie industry again for the better by making sure there is allocation of special funds for producers, right payment structures for all involved in the industry especially the thespians, royalties and its right disbursement, local content being the major viewers’ choice on our networks and allocation of cinema halls in five major regions across the country.”

Clashing with this proposal by Yvone Nelson,   Majid Michel has isnsted that the best way for the movie industry to gain grounds once again to go back to the old system.

“We built this industry without the support from government so why now especially when they (Governments) have expressed less interest in this area over and over again…We need to go back to doing the things we were doing right in those days.”

“Yvonne is my friend and I signed her petition but I told her my view regardless. The question is are they interested? Hammer, the solution lies in us and not them,”

JUST IN: Dr. UN arrested by C.I.D in Kumasi

Archipalago attacks Hajia Bintu, says she looks like a ‘Market woman’ when she’s without make-up

#EndSARS Protests and other Global Crises Were Prophesied By Archbishop Duncan…

Stonebwoy Still in Pain after Fall Out with Sarkodie?

Nigerians Have Condemned President Buhari’s Speech as He…