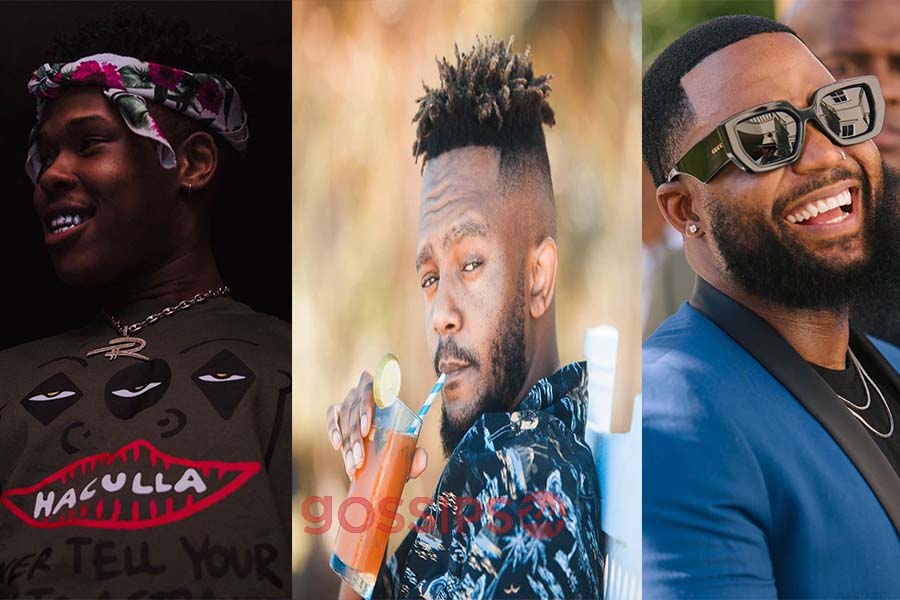 Rap Music has officially become a concrete part of the African music genres as more talents keep on surfacing as the years go by.

South Africa especially is well known to be one of the African countries spearheading the rap genre in Africa producing more topflight rap talents than any other country in Africa on the rap radar.

In light of this, Gossips24.com has come up with a list of Top 5 South African rappers who have taken the rap game to a whole new level so far rap in Africa is concerned.

The rappers cited in our list have headed major shows across the globe, garnered amazing streams online, and on top of it, all have penetrated other music markets in East Africa, North Africa, and West Africa.

Check out our list of Top 5 South African Rappers:

Known in real life as Nsikayesizwe David Junior Ngcobo, the 23-years-old rapper is one of the South African rappers who has more features with musicians in West Africa. Nasty C has featured the likes of Runtown (Nigeria), Kwesi Arthur (Ghana), Davido (Nigeria), Stonebwoy (Ghana), and many others – not forgetting his joint with French Montana.

His dominance in the rap game earned him a joint deal with Def Jam Records a sub of Universal Music Group. Nasty C’s biggest song as a rapper is SMA which features Rowlene (Released in 2019), it has garnered over 11 million views on YouTube.

Popular South African rapper, AKA, born Kiernan Jarryd Forbes, became a household brand in the rap game after the release of his hit single, “Victory Lap” which was released in 2011. AKA has also featured the likes of Sarkodie (Ghana), Davido (Nigeria), Burna Boy (Nigeria), Kiddominant (Nigeria), Patoranking (Nigeria), among others.

After eighteen years of being in the rap game – since 2002 – AKA has won 15 Awards but has missed out on the BETs on four different occasions. He is one of the highly booked rappers from South Africa and his brand is an enviable one.

The rapper’s biggest song on YouTube has over 6.4 million streams and it features Kiddominant (released in 2018).

Real name, Refiloe Maele Phoolo, the rapper has given the likes of AKA and Nasty C a run for their money as he always brings rivalry into the music industry in South Africa. Cassper Nyovest rose to fame with the release of his debut studio album Tsholofelo which was released in 2014. Cassper has also featured the likes of Stonebwoy (Nigeria), Davido (Nigeria), and Wizkid (Nigeria).

Cassper has been active for seven solid years under Impact Sounds, and Family Tree Records – a sub of Universal Music Group.

His first set of awards was in 2013 when he won four awards at the second edition of the South Africa Hip Hop Awards. Also, his biggest song on YouTube, ‘Baby Girl’, has over 5.6 million views.

Senzo Brikka Vilakazi, known professionally as Kwesta is currently signed to his own Independent and media company known as Rap Lyf with co-founder Kid X. Kwesta has featured ‘top dogs’ in the Hip-hop and rap game like Rick Ross.

The Young rapper has four solid studio albums to his credit. He is one of the strategic rappers in South Africa. He works and releases songs at his own pace, as though there’s no competition in the industry.

Kwesta’s “Ngiyaz’fela Ngawe” is his biggest and currently has over 7.5 million views on YouTube.

Being a rapper and poet is very common, but coming from a dead group is commendable, and that is the story of Stogie T, the lead vocalist of Tumi and the Volume, that was officially disbanded in 2012. Stogie T after picking up the pieces and coming back in 2016 has made the rap game a hot one in South Africa.

It’s undisputed that Stogie is the hottest rising rapper in South Africa at the moment.

The Mofti Records signed rapper is also doing well on YouTube with his highest record hitting over 2.3 million views.

“Is it because Madagascar is a poor country?” – Madagascar President questions WHO on rejection of covid-19 drug