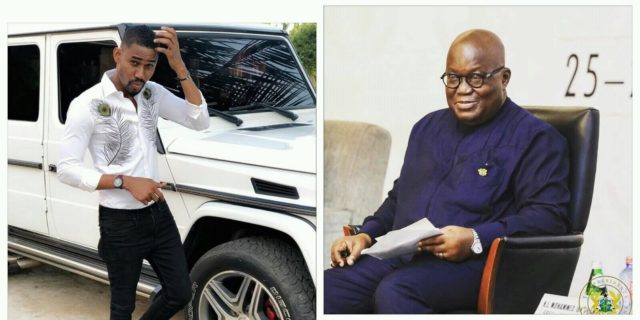 Controversial Ghanaian businessman and millionaire, Ibrah One has revealed what will lead to Akufo Addo’s victory in the 2020 Elections.

Ibrah One has stated that for President Nana Akufo Addo to win after December 7 presidential polls, he needs to recruit the Chief Executive Officer of embattled company, Menzgold, Nana Appiah Mensah as his running mate.

Ibrah mocked the duo that they’re the only people who can make things disappear. So they can make ballot boxes to disappear in their favor.

So both of them are a perfect combination to rule the country together.

Married woman, 20, who had Se.x with a 13-year-old boy and got pregnant for him, exposed

Floyd Mayweather finally agrees to a rematch with Conor McGregor