A Kenyan teacher, Peter Tabichi who donates his salary to poor students, has won a $1M global prize after being crowned the world’s best teacher.

36-year-old science teacher from rural Kenya who emerged winner out of 10,000 nominations from 179 countries, received his prize at a ceremony in Dubai hosted by actor Hugh Jackman. Peter Tabichi, a maths and physics teacher at Keriko secondary school in Pwani Village, who won the Varkey Foundation Global Teacher Prize 2019, started a “talent nurturing club” and expanded the school’s science club, helping pupils design research projects of such quality that many now qualify for national competitions.

The Kenyan teacher who won the $1M global prize, donates 80% of his salary to help the poorest students at the poorly-equipped and overcrowded school who could not otherwise not afford uniforms and books. It was further gathered that more than 90% of his pupils are from poor families and almost a third are orphans or have only one parent. They reportedly walk 7km along roads that can become impassable in the rainy season to reach the school, and the area can be affected by drought and famine.

Peter Tabichi who won the 2019 Global Teacher Prize, is said to be a member of the Franciscan religious order.  His pupils have been successful in national and international science competitions, including an award from the Royal Society of Chemistry in the UK.

Here is a video from the award presentation ceremony; 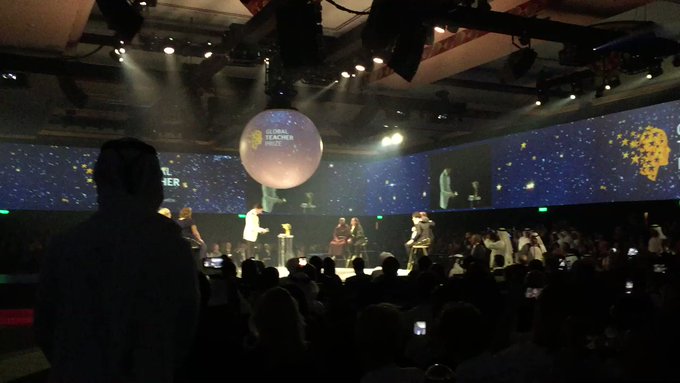 I Will Date Any Guy Who Will Sponsor My Career – eShun