Entertainment show host and social media commentator who is widely known in the showbiz industry as Akwasi Aboagye. Has dropped another bombshell amidst the heated contention between Mzbel and Tracey Boakye over an alleged sugar daddy, Gossps24.com reports.

As claimed by the host of Peace FM’s Entertainment Review Show, he received a call from a colleague journalist who told him that the sugar daddy Tracey Boakye and Mzbel are fighting over and dirtying themselves on social media was willing to bribe him to ‘kill’ the story.

According to the ace-media practitioner, he refused the offer because it is against journalism ethics and he was additionally preparing to aggressively fire the two celebs on live radio.

Tracey Boakye and Mzbel headlined the articles of various news blogs and other news portal last week. After they both openly engaged n an e-heavyweight d!ck battle over a deliberately unnamed sugar daddy. 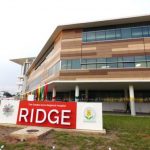