After fiercely clashing Shatta Wale over the weekends and been adjudged as the winner at the end of the lyrical battle by tweeps and other social media users .

The honcho of Burniton Music Group and Dancehall Sapashini, Stonebwoy has released a new freestyle dubbed Blaze Dem which might seemingly give rise to another beef between himself and Shatta Wale.

In the freestyle, Stonebwoy described Shatta Wale as a Ghost Man and additionally mocked him for walking off stage at the dying minutes their clash.

This latest freestyle has already born a back and forth insults centered banter between BHIM NATION enthusiasts and fanatics of the SHATTA MOVEMENT CREW.

Kindly listen to the audio slide of Stonebwoy’s diss freestyle to Shatta Wale below; 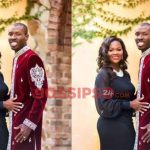 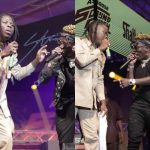 Audio slide: Shatta Wale begins another beef with Stonebwoy as he dirties him in latest song