Shatta Wale has finally broken his silence over the scandals his boss, Nana Appiah Mensah has been embroiled in for the past one year with his Menzgold company limited.

In a post on his snap this morning, Shatta Wale decided to show his unflinching support for the man who signed him unto his record label, gave him a house and allegedly over 1 million dollars.

In short message, Shatta Wale expressed his love for Nana Appiah Mensah aka NAM1 and prayed all his problems go away as soon as possible.

The Dancehall star added that he can only show his love for NAM1 and he will always love him without conditions in these hard times.

“No matter what I love you and will pray everything settles well…Love is the thing I can show you now in these hard times…Love you bro!!!” 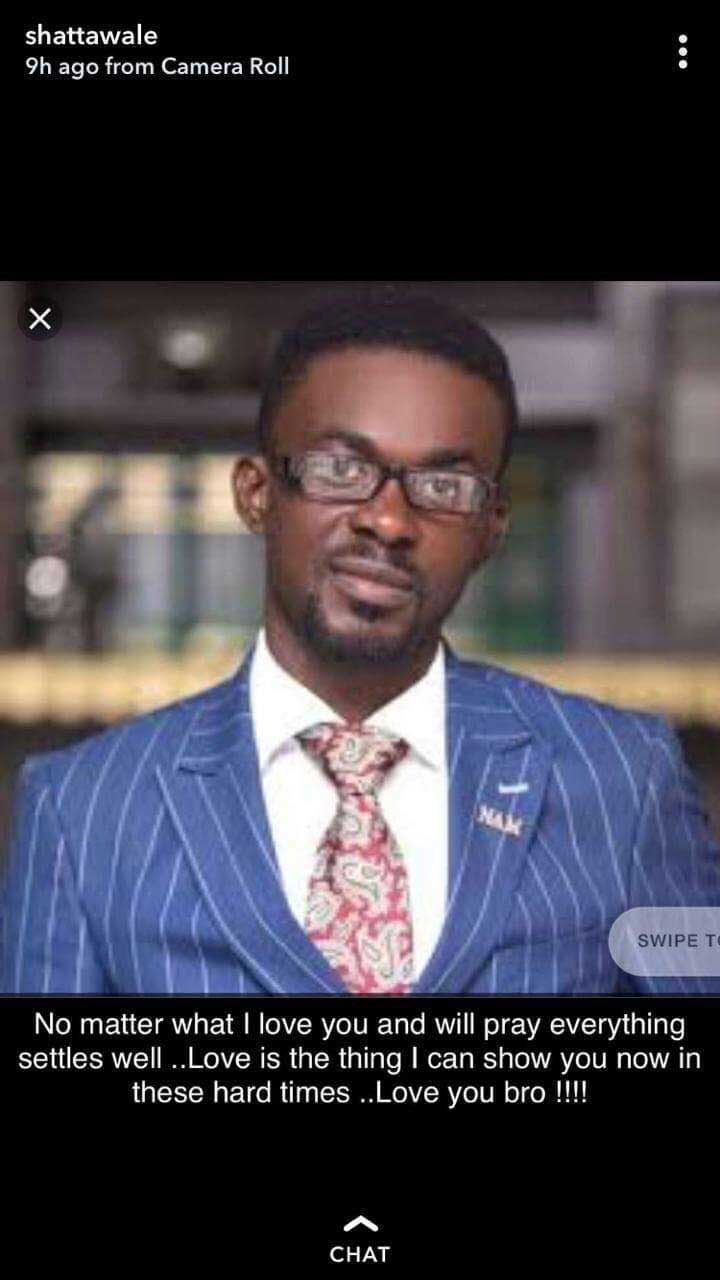 NAM1’s troubles started last year in Ghana when the Securities and Exchange Commission ordered the gold investment to shut down for violating permit.

Months later, NAM1 was arrested in Dubai when he went chasing money from a gold deal. It is unclear the state of NAM1 as at now but rumors have it he has been discharged and has been awarded close to 40 million dollars.

Back home, Menzgold investors are agitated and aggrieved over their inability to access their money invested with the company since the order of shut down from SEC. They have accused the government of not doing enough to get them their locked up money.

Man seizes fridge he bought for girlfriend after catching her cheating