Apparently, the unending beef between Stonebwoy and Shatta Wale which was at freeze has been revamped at the ongoing Asaase sound clash.

The contest lingered verbally way after the bell rang for its commencement and has been full of fire ever after.

At a degree of 100-degree Celsius, Stone and Shatta would never be the same again, after pouring and spending practically all their power and durability in the soundclash.

Well, as the game keeps getting intense, emotions settles in and Shatta as we all know can’t keep his cool as he employs abusive words on his contender.

For the umpteenth time, Shatta Wale has called Stonebwoy a cripple which came in as an uppercut jab at Stone. We pray no one from the two camps pull a gun this time around. 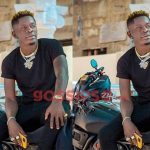 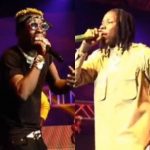