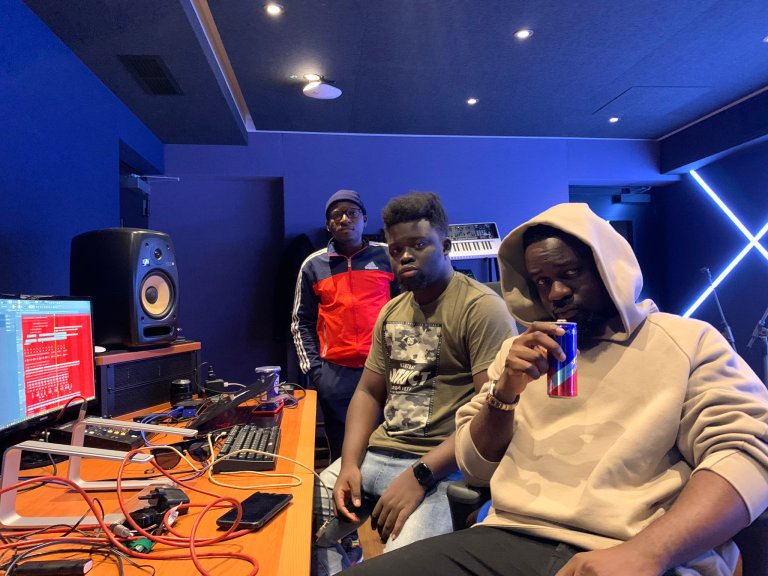 Africa’s best rapper, Sarkodie shared a photo of him, MOGBeatz and his in-house producer, Possigee at the Red Bull Studios in London, UK.

In the Studio, Sarkodie is also spotted with other music creatives from Red Bulls Songs for the Red Bull Studio Session.

The Red Bull Studio Sessions is set up to give fans access of behind the scenes to the energetic process of creating music together in over a short amount of time in the studio.

The Red Bull Studio holds sessions for artiste who takes fans to the inside creation of music between them and a talented team of songwriters and producers from Red Bull Songs.

While at the studio, Sarkodie in partnership with Red Bull Songs will create and record songs with the writers and producers for their own perusal.

BEGGARS! DopeNation beg Sarkodie and Medikal for a verse