Not long ago, the local internet space was taken over by the Benin trend which garnered unprecedented attention on both the analogue and digital media spaces. This trend influenced many celebrities to share funny videos of themselves, as part of the #Benintrend challenge.

At the moment, it’s obvious the trend is gradually fading off from the system but one of the notorious gang leaders of a defunct sakawa cult has taken us back to the lane of his days in the famous sakawa alleged business.

According to this repented former sakawa baron. In his quest to dupe a foreign old lady huge sums of dollars, he once journeyed on a trip to Benin.

Sharing the ordeal he endured in the juju hub, this former cyberfraud criminal disclosed that he had to sleep in a closed coffin for a specific number of days as part of the bizarre rituals he was to observe in order to be able to dupe the client he was chatting with way back 2009.

Sharing a couple of the cruel things he did during his active years in the sakawa world, he additonally avowed that he once killed an old rich foregin lady who was refusing to give him money. 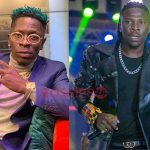 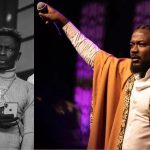