R&B singer R Kelly has been accused once again with rape. Two more women have come forward with allegations of sexual misconduct against him.

Kelly, 52, has been accused of decades is sexual abuse against women. He has never been convicted because he always denies all the allegations.

Rochelle Washington and Latresa Scaff told a news conference they were given drink and drugs at an after-concert party in Baltimore in the 1990s. They claim they were just 15 and 16 respectively.

Inmate punches R. Kelly in the face in jail

“When I met him, I was happy because I was young and starstruck,” Scaff said in the press conference. “However, now that I’m an adult, I feel hurt by what he did to me, when I was only 16 years old and under the influence of alcohol and marijuana, which was given to me at that party.”

Washington added: “At the time I thought meeting a celebrity would make me be happy but in this case it didn’t. I just wanted to have fun… I could never forget that day. I can’t get it out of my mind, what I saw and what happened.

below is the images of the two women. 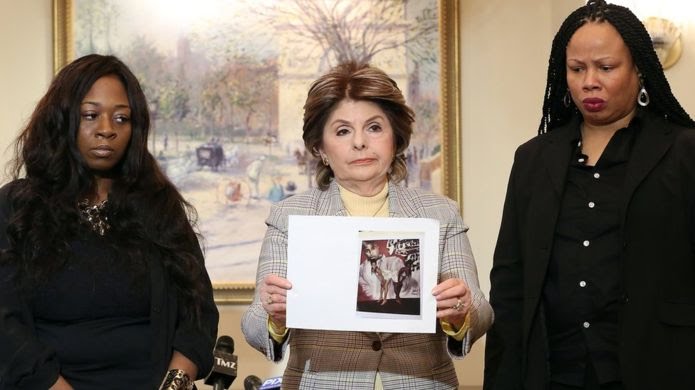