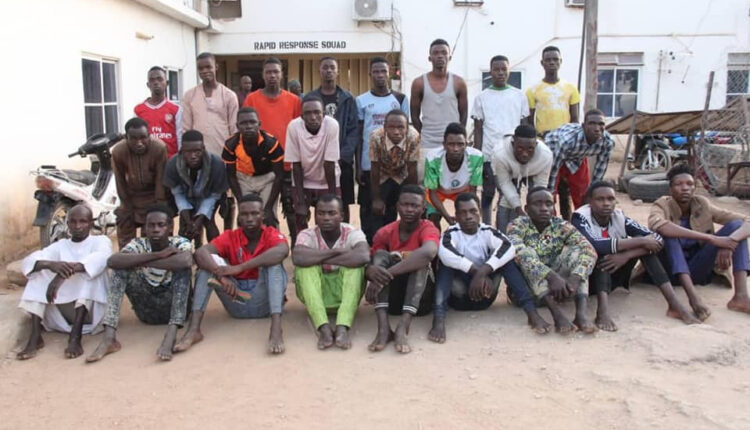 The Accra Regional Police Command has embarked on an enhanced operational exercise in Accra, arresting 215 suspected criminals including 17 women, in a targeted operation.

The operation follows very disturbing recorded cases of violent crimes in Accra, particularly a bullion van attack which led to the killing of a policeman and a petty trader on Monday, June 14 at Jamestown, the pig farm robbery and killing of 43 year old man, and the forex bureau attack and shooting at Ring Way near Honey Suckle.

Head of Public Affairs Unit of the Accra Regional Command, DSP Effia Tenge, said the three day operation commenced on the June 17, 2021 and ended on June 20, 2021.

She said the ages of suspects ranged between 17 and 52, giving the areas of focus for the exercise as Korle Bu, Tesano, Amasaman, Nima, Dansoman, Abokobi, Accra central, Teshie, Madina, Bastoona, Jamestown, Osu and Lakeside

“Though this is part of series of exercises by the Command since the beginning of this year, the three-day operation forms part of efforts to fight violent crimes, drug peddling and street robberies,” she explained.

The operation also targeted and impounded 168 motorbikes, believed to be used in facilitating the robberies, Mrs Tenge said.

The arrested suspects have been detained and undergoing various levels of screening for possible connection to recorded crimes under investigation.