PHOTOS – Remember The Ghana vs India (1-99) Match Everyone Talks About? Here’s All You Need To Know About It

Virtually everybody born before the invention of the internet must have heard the tale of a nonexistent football match between Ghana and India that obviously took place in a parallel universe and somehow we got to hear the gory stories of that match.

Though there are many variations of the story, every prevaricator seems to agree on a couple of facts about this fictional football match. Each storyteller agrees that;

1. This match ended with India scoring 99 goals and Ghana scoring just one goal.

2. Ghanaians where unable to kick the ball because the football kept turning to a lion (or something scary) to prevent them from playing the soccer ball.

3. The Indians later agreed that if Ghana could score a goal, they would concede defeat.

4. Shamo Quaye scored the winning goal and lost his life in the process.

5. FIFA banned India from soccer because they used black magic in that very game

With the help of common sense (not that it was absent back then), quick access to information and the internet, every right thinking Ghanaian has come to realize that such a story should be filled under blatant lies.

The truth untold below:

Why Did This Story Thrive For So Long? 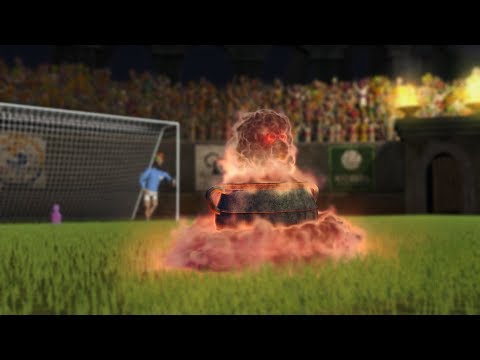 Most people like to pass off this story as true with the fact that no one has ever seen India in an International Football Match. Since no one actually saw India participate in most international soccer games, this gave a little credence to the story. India.

Another reason this lie could thrive for long was the fact that credible information was not readily available at our finger tips. It not like every Kwame, Adwoa and Kwesi could visit Google in a matter of minutes and tell our ominous fabricators that they should stop spreading toxic lies.

And to be honest we have a tingling feeling that this lie was concocted by an elder of a community because, let’s be honest who questions the words of the elders in Ghana. Remember, what an adult sees sitting down a child will never see even if he consults Google, Siri or Cortana.

Summary of the ‘lie’

According to the intricacies of the legend, the Indians were aided by certain mythical forces that were apparently potent enough to transform the ball into all sorts of formidable beings/objects – from ferocious beasts (including a three-headed lion), through blazing fire, to spiky chunks of palm fruit – so fearful that the Ghanaian goalkeeper could only watch helplessly as these whizzed past him only to nestle in the twine in the form of footballs – all one hundred of them.

There was some respite for Ghana, though, when the team was granted a penalty right at the end of the game. A certain Shamo Quaye (other versions mention the deceased silky Ghanaian winger Baba Yara instead, the bullet-footed Wilberforce Mfum or alternatively, the mystery fellow whose image graces the ‘Milo’ beverage container) stepped up in spite of threats from the opposition of regrettable repercussions if he dared strike the ball.

The Ghanaians apparently mourned their departed comrade all the way to the cemetery, while the Indians left the pitch the very way they entered it: through a bottle placed in the centre-circle.

A ball that had apparently turned into an XXL-sized aluminium cooking pot at this point.

Patriotic Quaye, unfazed and eager to salvage something for his country anyway, struck with full venom. He scored, but ‘died’ not too long after, just as the Indians had said.

Another lie we were made to believe was the fact that the hero in the game -GHANA vs INDIA – is actually the ‘man’ we see on the Milo tin.

WHY YOU DON’T HAVE TO BELIEVE IT ANYMORE

First, as I delved more into football while growing up, I discovered little – nay, nothing at all – to corroborate what I had heard. For a fact, Ghana have ever played India only twice (in 1982 and 1997) in friendly cup competitions and those games collectively yielded no more than five goals; Shamo Quaye – as already indicated – passed away under entirely different circumstances; and the highest-scoring official game in world football history never produced that many goals.

These days, of course, this most fanciful, enduring legend has lost much of its currency. Still, quite a few more gullible pre-teen boys are set to excite themselves with it before it completely fades out.

There’s a spirit in Ghana that destroys relationships –…

As they mature some more, though, they would realise the ring of truth – or of falsehood, as it were – and grin in the same silently bemused shame with which I am writing this, and with which you probably are reading, too.

What Is The Deal With India Anyway? 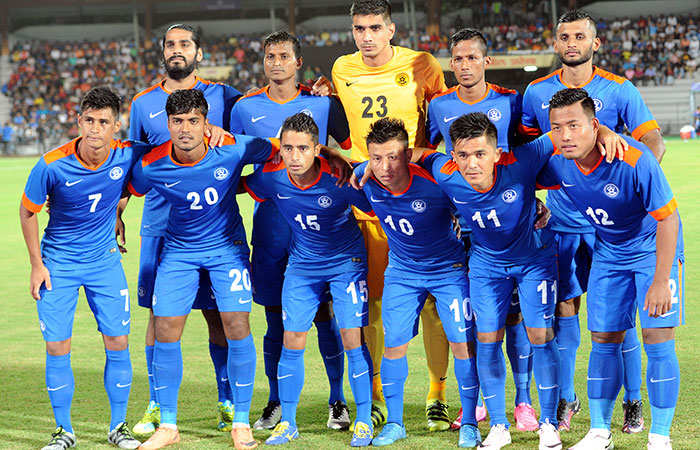 India qualified for the 1950 FIFA world cup as a result of the withdrawal of their scheduled opponents. But the Indian football governing body, the All India Football Federation (AIFF) decided against going to the world cup, being unable to understand the importance of the event at that time.

Some of the Reasons shown by the AIFF included the cost of travel, lack of practice time, team selection issued and valuing the Olympics over the FIFA World cup. It should be noted that FIFA agreed to bear a major part of the travel expenses, but it did not really help their decision making.

Was India Banned For Refusing To Play Barefoot? 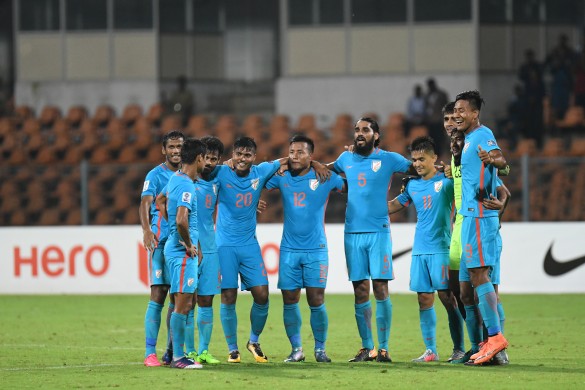 The belief that the Indian team refused to play because they were not allowed to play barefoot is not entirely true according to the then team captain who said it was just a story to cover the disastrous decision of the AFIF.

After the 1950 fiasco, India has never come close to qualifying for the World Cup.

The reason you do not see India in World Cup competitions is because they do not qualify.

So Does The Indian Team Wear Soccer Boots? 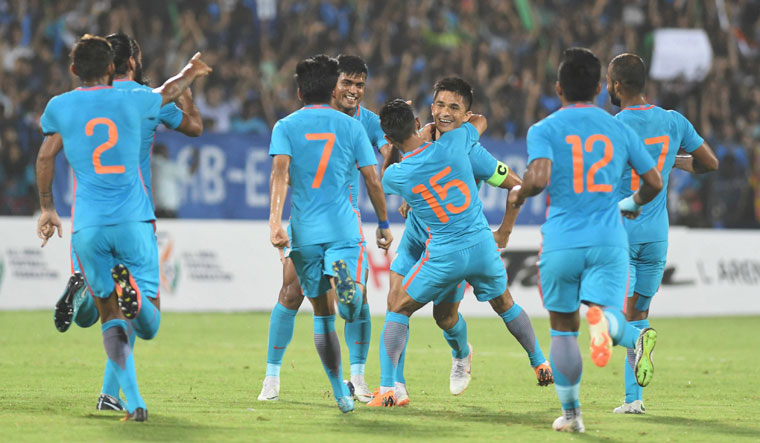 In the 1952 Olympics, the Indian team lost 10 – 1 to Yugoslavia (talking about taking a beating). As a result of this magnanimous defeat the AIFF made it compulsory for its team members to wear boots

It is absolutely possible to rake 99 – 1 from a single football match. Let’s take a walk down memory lane and see how this is even possible. Now allow us to digress.

The highest scoring soccer game was 149-0! 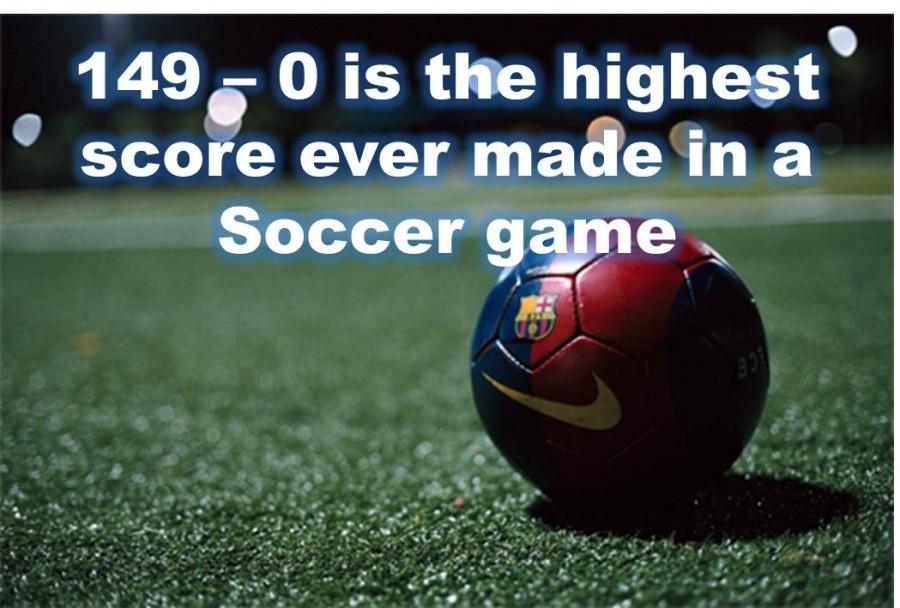 You’re probably wondering how a soccer team could be so bad that they let 149 goals be scored, but the truth is it was a form of protest. The event occurred in 2002 after a 2-2 draw between rival teams Stade Olympique de L’emyrne, or SOE, and AS Adema of Madagascar, which resulted in the referees awarding a penalty causing SOE to lose the game.

So, yes, given the “right circumstances”, a team could actually receive 99 – 1 beating without any black magic whatsoever.

Did we miss something? Please be sure to let us know in the comment section below..

PHOTOS: Check Out Zidane’s First Training Session Back At Real Madrid Ahead Of Celta Vigo’s Clash

My Mom Scold Me For My Late Marriage -Mzvee Opens up

Checkout Tech Firm Willing To Pay $200,000 TO Use Face of People on Robot

How To Apply For A Fido Loan Without Any Collateral