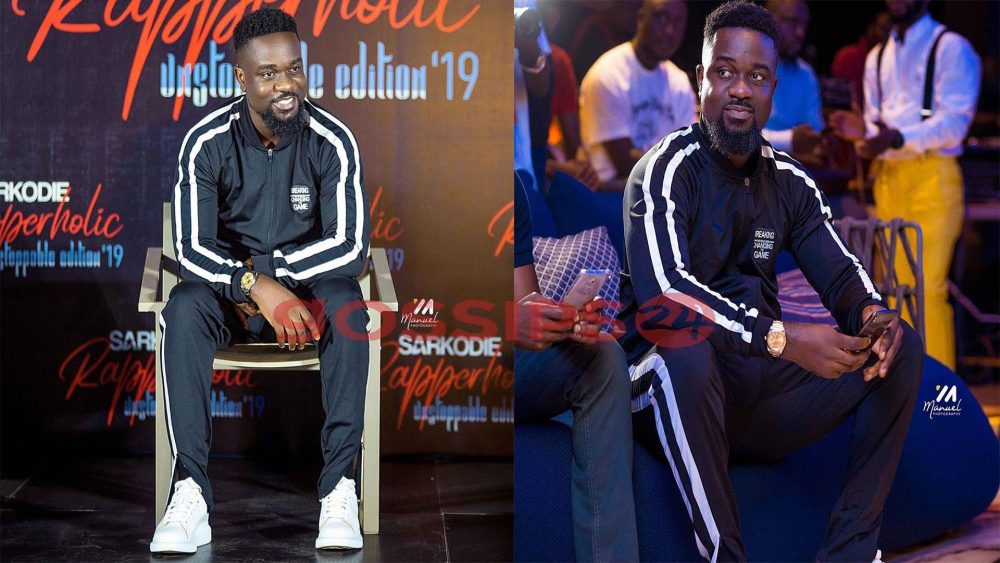 Sarkodie made tickets for the most anticipated concert in December (Rapperholic Unstoppable) available online for sale on Tuesday morning in less than 24 hours, over 500 out of the total 1000 tickets had been sold.

SarkNation, once again, being one of the loudest fanbase in the country, showed their loyalty to their man, Sarkodie, as they rushed to purchase the tickets.

Interestingly, the rapper’s fans on twitter have showed receipts of their purchase, some of them buying multiple tickets for fear that they might be left out on the big day.

In one such tweet, Sarkodie begged his fans to leave some of the tickets for others because the show was all the way in December.

Some of the fans called on Sarkodie to bring more tickets as the 1000 placed on the platform were not enough and would run out by close of the day.

Sarkcess Music and A Team launched this year’s Rapperholic concert dubbed the Unstoppable Edition at Kwaleyz, was attended by Sarkodie’s team and a host of media personalities.

The organisers have promised that the show will be one of the best concerts Ghana has ever witnessed. Rapperholic 2019, Unstoppable Edition will come off at the Arena, inside Accra International Conference Center on the 25th of December 2019