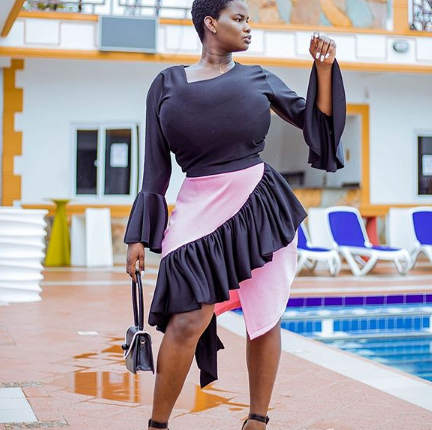 Pamela Odame has refuted claims made by Nana Tonardo that she was a prostitute.

Nana Tornado had revealed a few weeks ago during an interview with Nayas on Kantanka TV that Pamela was a Prostitute and he had had a one night stand with her before.

Responding to these claims, Pamela has admitted that she has been friends with Tonardo before but the claims are untrue as she’s not been a prostitute before, neither has she had a one night stand with him.

Speaking on Atinka TV, Pamela said that the hate fro Tonardo could be because she is more popular than he is.

She did not end without lashing out on Nayas for not defending her. According to her, Nayas was her friend and shouldn’t have allowed Tonardo disgrace her in the way that he did.