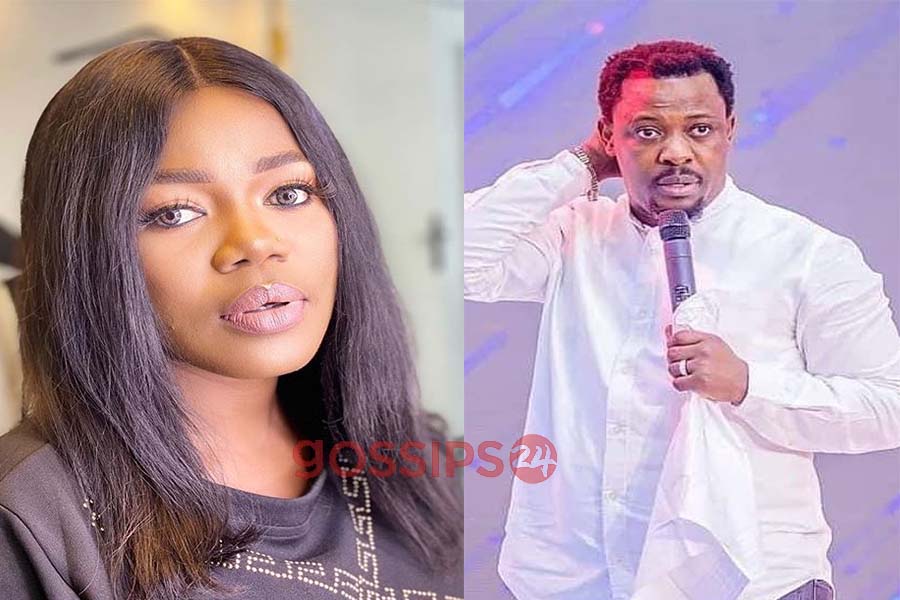 It’s obvious that the fierce feud between Mzbel and the leader and founder of  True Word Prophetic Fire Ministry, Prophet Nigel Gaisie is not ending any moment from now citing from the hot missiles the former keep firing at the latter with the slightest opportunity she gets, Gossips24.com reports.

It can be remembered that heavy-weight d!ck boxer: Tracey Boakye in one of her 1 million diss videos to Mzbel wildly alleged that, Mzbel blackmailed Nigel Giaise for 50,000 cedis after she intentionally visited the cleric’s office in a nightie and threatened to disgrace him.

According to Mzbel in her latest Facebook live video session, Prophet Nigel Gaisie does not even have such an amount of money in his bank account [50,000 cedis] so Tracey Boakye’s claims are bogus.

As confessed by Mzbel, its true she visited the office of Nigel Gaisie in a nightie but she did that based on the instructions of the clergyman after she received an urgent call to hurriedly visit his premises.

Also it’s true that she has been compensated for Nigel Gaisie’s s*xual harrasemet on her but he wasnt the one who paid for the suffering she endured.

Video of Nigel Gaisie blessing a ‘sakawa’ boy to…

According to the 16 years hitmaker in a a heartfelt and powerful intensity, she’s ever ready to drop more dirty secrets of the clergyman on the media space if he fails to shut up.