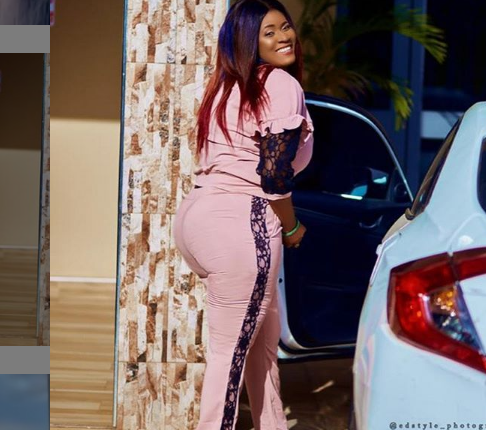 Ghanaian Kumawood Actress, Nayas has threatened to curse Pamela Odame after Pamela Blamed her for Allowing Nana Tonardo Insult her on Nayas’ show.

This comes after Nana Tonardo went on Nayas’ show on Kantanka TV and stated emphatically that Pamela had been a Prostitute on the Street of Osu before and also adding that he even had a one night stand with her.

Following that, Pamela reacted debunking all those allegations in an interview on Atinka TV few days later. She however mentioned how disappointed she was in Nayas for allowing those comments from Tonardo on Her show without defending her more especially because they were friends.

These reaction from Pamela did not excite Nayas who has come out to explain everything that happened that night. According to her, Pamela was supposed to be part of the show but didn’t show up.

She has therefore cautioned Pamela to be careful otherwise she will curse her with “Antoa”.

Diamond Appiah has Threatened To Reveal Dirty Secrets About Dr. Osei Kwame Despite