A man who is believed to be a national security operative has been filmed threatened to shoot a police officer at Asawase in the Ashanti Region.

In the videos making rounds, the man is seen threatening a uniformed Police Officer in the full glare of Military Officers.

At the time of filing this report, it still unclear what triggered the attack but it has raised a whole lot of debate as far as the security in the country is concerned.

Watch the videos below… 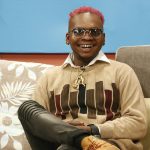 I would rather worship Kantanka than Jesus Christ – Nana Tornado 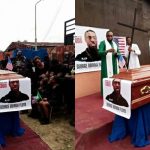