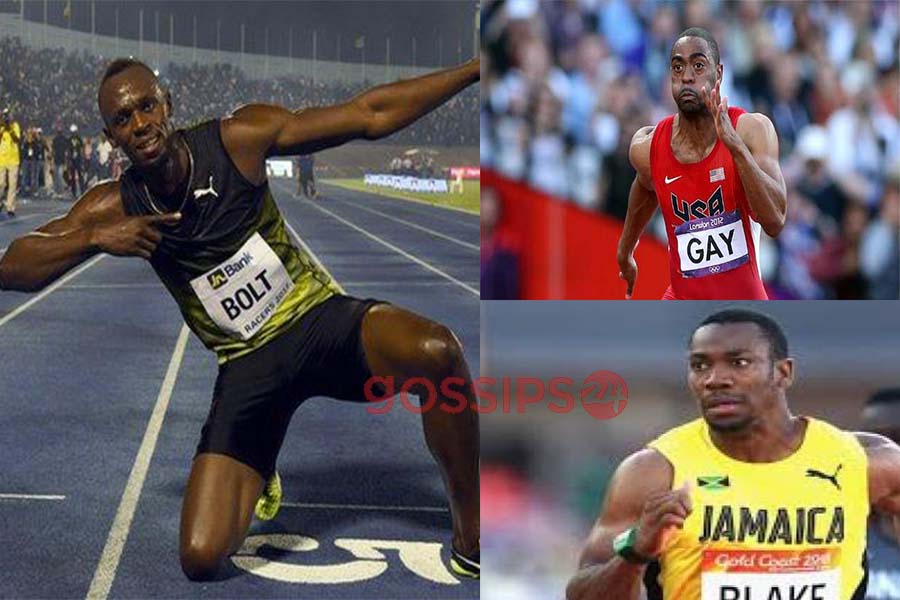 For decades certain athletes have dominated the 100 metres track and field competition. The 100 metres sprint race is one of the most popular and prestigious events in the sport of athletics. It has been contested at the Summer Olympics since 1896 for men and since 1928 for women.

Since the sprint event began in 1896, 10 men stood out as the fastest and the greatest of all time. They are:

Usain Bolt, born on 21 August, 1986 is a Jamaican former sprinter. He is a world record holder in the 100 metres, 200 metres and 4 × 100 metres relay. Owing to his achievements and dominance in sprint competition, he is widely considered to be the greatest sprinter of all time.

An eight-time Olympic gold medalist, Bolt is the only sprinter to win Olympic 100m and 200m titles at three consecutive Olympics (2008, 2012 and 2016). In addition he won two 4 × 100 relay gold medals. He gained worldwide fame for his double sprint victory in world record times at the 2008 Beijing Olympics, which made him the first person to hold both records since fully automatic time became mandatory.

Bolt improved upon his second 100m world record of 9.69 with 9.58 seconds in 2009 in Berlin – the biggest improvement since the start of electronic timing. He has twice broken the 200 metres world record, setting 19.30 in 2008 and 19.19 in 2009. He has helped Jamaica to three 4 × 100 metres relay world records, with the current record being 36.84 seconds set in 2012. Bolt’s most successful event is the 200 m, with three Olympic and four World titles. The 2008 Olympics was his international debut over 100 m; he had earlier won numerous 200 m medals (including 2007 World Championship silver) and holds the world under-20 and world under-18 records for the event. His achievements as a sprinter have earned him the media nickname “Lightning Bolt.”

Tyson Gay, born on August 9, 1982, is an American track and field sprinter who competed in the 100 and 200 meters dash. His 100m personal best of 9.69 seconds which he ran in Shangai on 20 September, 2009, is the American record and makes him tied for the second fastest athlete ever. His 200m time of 19.58 Seconds makes him the seventh fastest athlete in that event.

Gay has won numerous medals in major international competitions, including a gold medal sweep of the 100m, 200m and 4 × 100m relay at the 2007 Osaka World Championships. This made him the second man to win all three events at the same World Championships, after Maurice Greene (Usain Bolt duplicated the feat two years later). Gay is a four-time U.S. champion in the 100m.

At the 2008 Olympic Trials, he ran a wind assisted 9.68 seconds in the 100m. Days later, he suffered a severe hamstring injury in the 200m trials and did not win any medals at the Beijing Olympics. His performance of 9.71 seconds to win the 100m silver medal in the 2009 World Championships is the fastest non-winning time for the event.

In July 2013, it was announced that Gay had tested positive for a banned substance, following which he withdrew from consideration for the World Championships in Moscow. The United States Anti-Doping Agency (USADA) suspended him until June 23, 2014, and stripped him of his silver medal in the 4 × 100m relay from the 2012 Summer Olympics as a result.

Gay is a two-time winner of the Jesse Owens Award, was the 2007 IAAF World Athlete of the Year, won Best Track and Field Athlete for Track & Field News in 2007 and for ESPY Award in 2008 and 2011. He has also achieved multiple Men’s season’s best performances in the 100m and 200m.

Blake is the second fastest man ever in both 100m and 200m. Together with Tyson Gay, he is the joint second fastest man ever over 100m with a personal best of 9.69 seconds which he ran on 23 August 2012 in Lausanne, with less favorable wind conditions than Gay’s personal best from three years prior. Only Usain Bolt has run faster. His personal best for the 200m (19.26 seconds) is the second fastest time ever after Bolt. In this particular race, his reaction time was incredibly slow (almost 0.25s) and had he made even an average start he would have comfortably set a new world record, bettering the seemingly unreachable Usain Bolt’s improbable record. He holds the Jamaican national junior record for the 100 metres, and was formerly the youngest sprinter to have broken the 10-second barrier (at 19 years, 196 days).

Powell competed in the 100m at the 2004, 2008 and 2012 Olympics, finishing fifth in 2004 and 2008 and eighth after injuring his groin during the race in 2012. At the 2007 Osaka World Championships, he won a bronze and a silver medal in the 100 m and 4 x 100 m relay respectively, and he was successful at the Commonwealth Games, winning two golds and one silver medal. At the 2009 World Championships, he won the 100 m bronze and relay gold. Powell has won five times at the IAAF World Athletics Final and was the former 100 m world record holder in the event.

Powell had tested positive for the drug oxilofrine in 2013 and withdrew from the 2013 World Athletics Championships as a result. Powell and fellow Jamaican Sprinter, Sherone Simpson had taken the supplement Ephiphany D1 as part of their training regimen, not knowing it contained oxilofrine. It was later revealed that Acacia was substituted with oxilofrine, and not revealed by the manufacturer.

JOIN THE FUN, SHARE THIS !!!
Share
Related Topics:Meet 10 fastest men in 100m of all timeTyson GayUsain Bolt
Up Next