The two power celebrities claimed the Ghanaian internet community on their chests after they dropped adorable baby-bump pictures of heavily pregnant Fella Makafui on their social media pages which warmed the hearts of their core-fans, Gossips24.com reports.

Well, a new report which is currently circulating in the local cyberspace alleges that the baby-bump pictures are old photos which were taken during Fella’s pregnancy period.

According to widespread speculations, Medikal and Fella Makafui welcomed their first child yesterday reason they dropped the baby-bump pictures to subtly announce the joyful news.

According to social media detectives, the child is a girl: A very beautiful and healthy-looking one.

We at Gossips24.com are trying to get in touch with Medikal to confirm this news. 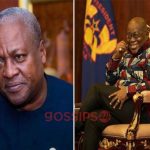 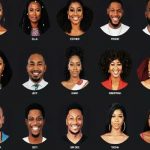 BBNaija 2020: How to Vote For BBNaija Housemates on Mobile Using SMS