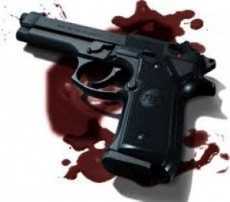 Tolerance and sober reflection upon every action one intends to take are enviable traits for only a handful of peeps. Fury is always an enemy that must be swept under the carpet all the time. This is because not giving up on your negative temperament may take you where you’ve never dreamt of visiting.

News circulating online has it that an unidentified driver in-charge of a vehicle with registration number GR 2019-17, had shot himself in the head soon after shooting a painter.

Kwame Amoah, the painter, was said to have been shot three times by the gun-wielding driver in the abdomen in the ensuing argument with his assailant, which occurred at about 08:30 hours on the Kwame Nkrumah University of Science and Technology (KNUST)-Ayeduase road.

While Amoah, who remained in a critical condition, rushed to the hospital for treatment, his unidentified assailant was in a pool of blood after attempting to take his own life following the incident.

Mr. Ato Addey, an eye witness, told the pressmen around that a heated argument ensued between the two after Amoah questioned the unidentified driver for driving carelessly as he attempted to overtake other drivers on the road.

“In the course of the argument and subsequent confrontation between the two, the unidentified driver pulled a gun and shot Amoah three times in the abdomen, and soon after shot himself in the head,” he narrated.

Julius Appiah Jun 22, 2021 0
The most contagious Covid-19 variant, originating from India, has been recorded in Ghana. Head of the West…