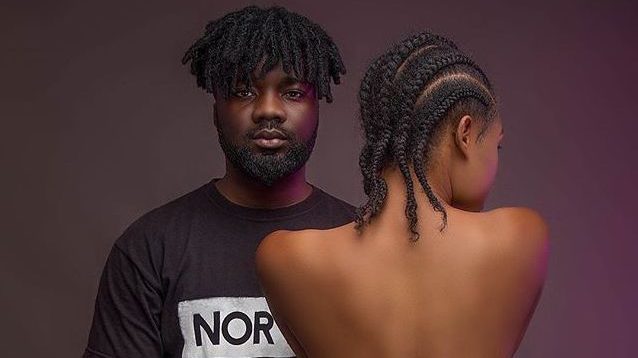 Musician Lord Paper has dismissed reports that he has hinted of shooting more p**nographic music videos in the future.

After his recent interview on Accra-based Class FM, reports emerged claiming he revealed plans of shooting more p**n music videos despite the backlash he received from his debut music video “Awurama”.

The report claimed he told the host of the “Big Show”, Nana Kwesi Asare that: “Definitely, I will do it once again; just that I will do things differently”.

However, the “Dzigbordi” hitmaker has dismissed the reports and expressed his disappointment in the radio station for publishing what he describes as a piece of “fabricated news”.

He took to Twitter on Monday, July 1, to call out Class FM and threatened to take legal action against them.

In a Twitter thread, Lord Paper said (unedited): “Good morning Fam! I wanna clear the air on this one., I’m very disappointed in @Class913fm for blogging a fabricated news about me., We had a beautiful interview with so many inspirin topics but u decided to put out false news that I lord paper said im abt shooting more p*rn vidz?”

“@Class913fm I don’t know if it’s for traffic or wat but u guys should really be careful how u treat Artists, Ive said on every platform that Ive stopped nudity but some of you guys hav made it ur job to destroy man with false news everytime. Small time we’ll takin legal actions.”

Class FM is yet to respond to Lord Paper’s rage.

“You will become Ghana’s next president”…