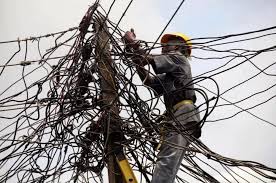 Narrating her ordeal n social media, she noted how she was diagnosed with a lump in her breast so she had to undergo surgery to take the lump out.

Giving the details of her near-death experience, she described how midway through her surgery NEPA took the light of the hospital so the doctor rushed out and asked her aunt to fetch someone called Ifeanyi to put on the generator.

Unfortunately for her Ifeanyi came back and informed them that the generator had run out of fuel.

She said at  this point she could only sing and hope