Emmanuel Kofi Botchwey, known by his stage name Kwaw Kese and popularly called Abodam, has exposed the fake lifestyle of some Ghanaian celebrities including himself live, just to please their fans, Gossips42.com reports

The Swedru born and bred rapper has taken to his instagram page to share some regretful yet insightful and educative life experience with his Instagram followers most especially his core fans.

Guilt-ridden Kwaw who’s hiding from his past supposed stupid lifestyle influenced by fake pressure from his co-industry persons has publicly disclosed that; he spent as much $20,000 on his first expensive car in 2013

According to changed Kwaw Kese, he further foolishly spent another $35,000 on a Ford Mustang in 2013.

As suggested by Kwaw Kesse, these huge amounts of money spent on the two expensive cars would have yielded him much more revenue if he was wise enough to invest them into a lucrative business.

In the ending minutes of his advice self-recorded video, Kwaw Kesse urged the youth to spend their money wisely and invest the little they have to their names which is more useful and important than to foolishly spend on cars and clothes. 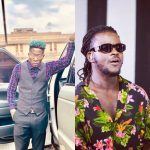 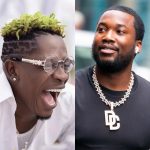