Contemporary Highlife sensation who is professionally known as Kuami Eugene has by-and-by rendered an unqualified apology to colleague acts DopeNation: Who were formerly signed under Lynx Entertainment, Gossips24.com reports.

Let’s think back to the moment Kuami Eugene courted an unpleasant attention for himself on the local internet space after he ridiculed Dope Nation’s exit at Lynx Entertainment and without mincing words; clearly stated that he was extremely happy they have parted ways with the music record label.

Well, after been severely bashed enthusiasts of Dope- Nation, the Angela crooner has expressed regret for his unfortunate viral comments about Dope Nation during an on-air radio interview with YFM.

According to Kuami Eugene, he’s very sorry if Dope-Nation were hurt with his comments. As claimed by Kuami Eugene. he didn’t have in mind that his playful comments would be received in a bad fate by Ghannains. 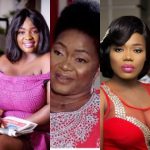 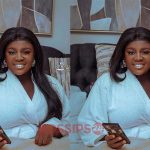 Tracey Boakye fires FIPAG for suspending her in latest video