INSANE! as Kanye Omari West, known popularly as Kanye West filmed himself urinating on one of his Grammy Awards.

Kanye West, on Monday, declared war against Universal Music Group and Sony Music as he announced that he was no longer going to release songs until he was done with them.

The musician who earlier posted some contract documents on his timeline on Twitter without giving a hoot about breaking a non-disclosure agreement has made a bold statement with his latest video.

In the new video, Kanye was seen in the washroom urinating on the most cherished Grammy Award… sighing that it means nothing to him.

Though Drake might have sipped from his Grammy, Kanye peeing on his is total disrespect to the whole scheme as he goes all out after everyone – anything Sony and Universal Music Group! 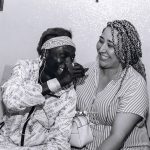 Patapaa and his German girlfriend reportedly expecting their first child