According to Joint 77, Pope Skinny’s rants about the video is needless, pointless and foolish so he should end them as soon as possible.

It could be recalled that, Pope Skinny adopted his Instagram page to falsely claim that Shatta Wale’s video with the music queen Beyonce is fake so Ghanaians should not rain applause on him as they were doing on various social networks.

These foolish opinion from Pope Skinny landed him into a big troll and unending backslashes from enthusiats of Shatta Wale. 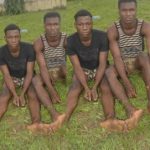 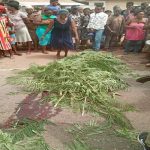