I’ve Never Come Across Anyone Like NAM1, Dude Is A Top Shatta – Ibrah One

Ghanaian young millionaire, Ibrahim Dauda, popularly known as Ibrah One, has been on the neck of NAM1 for a very long while now and he’s at it again.

Some months ago Ibrah 1 accused NAM1 of flaunting a private jet he has rented  even though there was no truth in this.

Ibrah who is a known money launderer took to Instagram to attack NAM1 again. He wrote on his Instastory,

EOCO Permitted To Seize And Sell All Properties Owned By NAM…

“I have never come across anyone like NAM!; dude is a top Shatta. After bringing together all the scammers together to scam them, he them took it to the top government officials and scammed them too..Now he has silenced all of them; he has their balls in his hands.”

Well between these two we can’t even tell who is the smartest scammer since they are both in the same game. 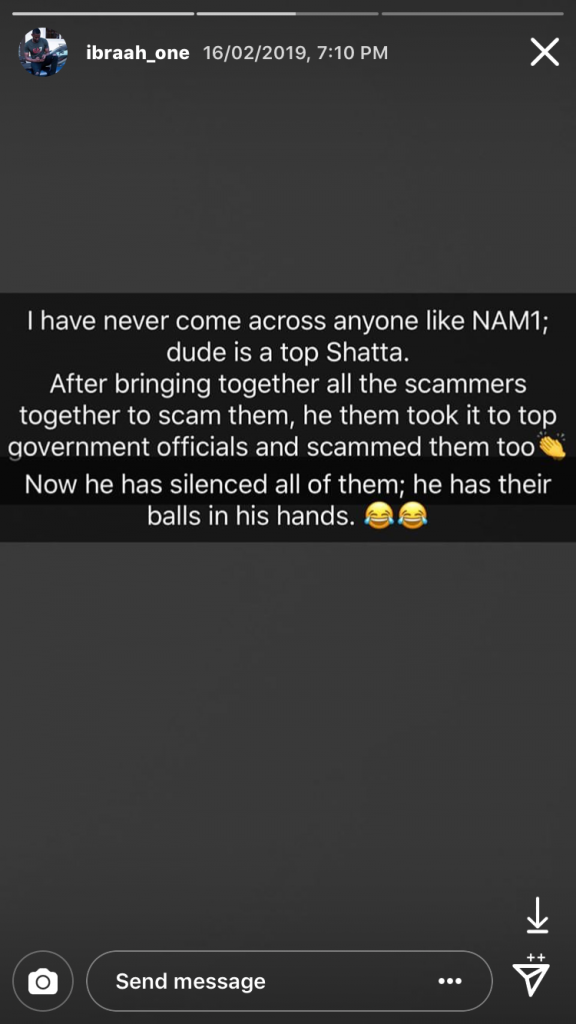