David Adeleke known popularly as Davido has recently revealed his intentions to get into politics at a point in his life. He pointed out that there are so many things he would love to change in the country when he finally makes a decision.

Nigeria has barely a week to go to their general polls and the Assurance hitmaker has a lot on his mind to share. He says it does not take a lot for people in his country to be politicians. All one needs is to be rich. Davido also added that entertainers like him are tired of people telling them to stay out of politics.

A confused follower replied his tweet to rather concentrate on his music and leave politics for politicians. But Davido, however, retweeted sharply,

“Maybe we should leave politics for good people that want to change the community … wat makes one a politician in this country? Is it not just money ?? Smh.”

Video: Burna Boy’s Mansion In Nigeria Burnt Down By…

Oby Ezekwesili Responds To Claims of Having Ulterior Motives…

Well, it seems the Nigerian musicians have realized there is more money in politics and want to divert into it since Banky Wellington, best known as Banky W is also deeply into politics lately.

screenshots of tweets below. 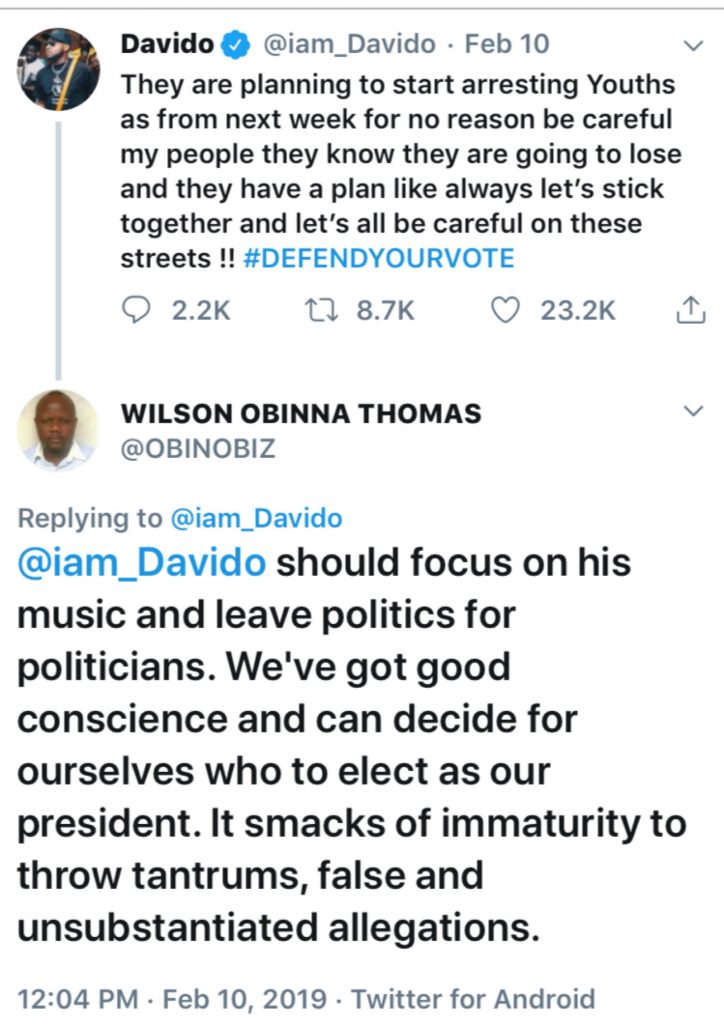 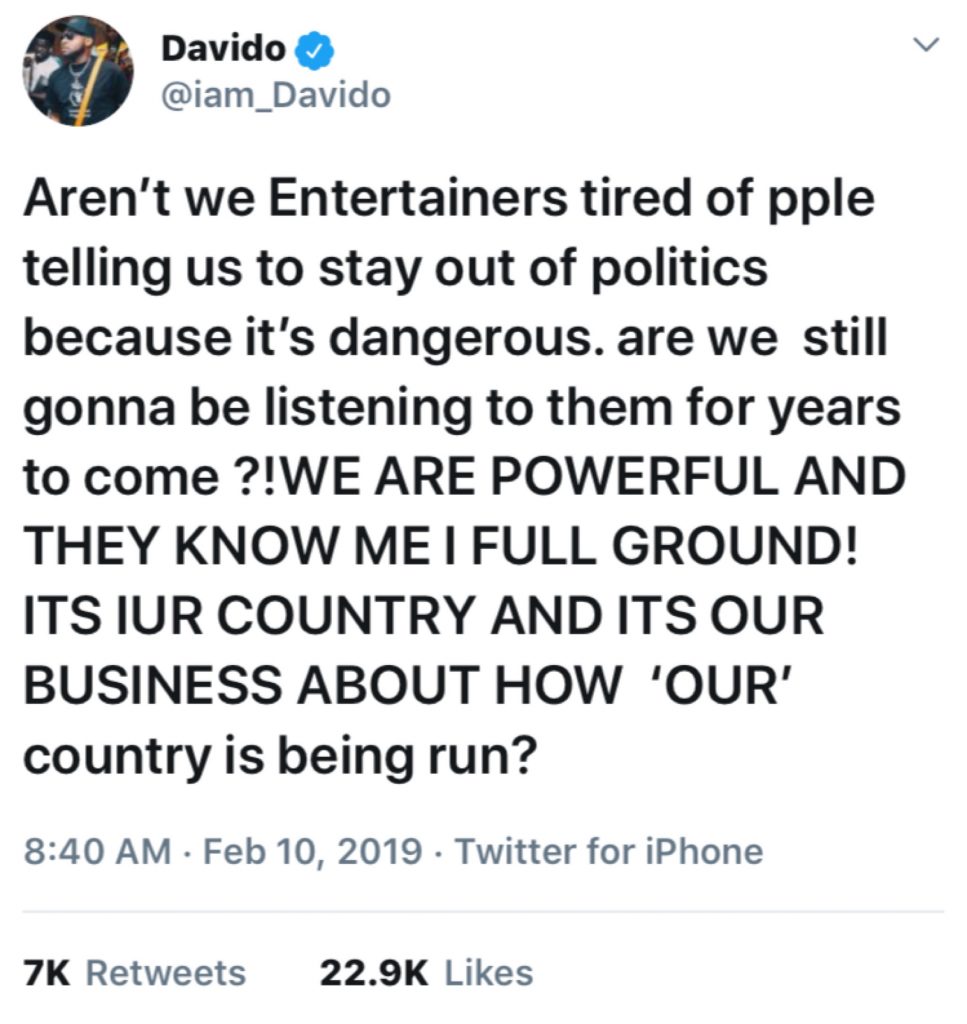 2Face Idibia’s marriage about to collapse?

‘Where is the money?’-Captain Smart quizzes National Cathedral Trustee