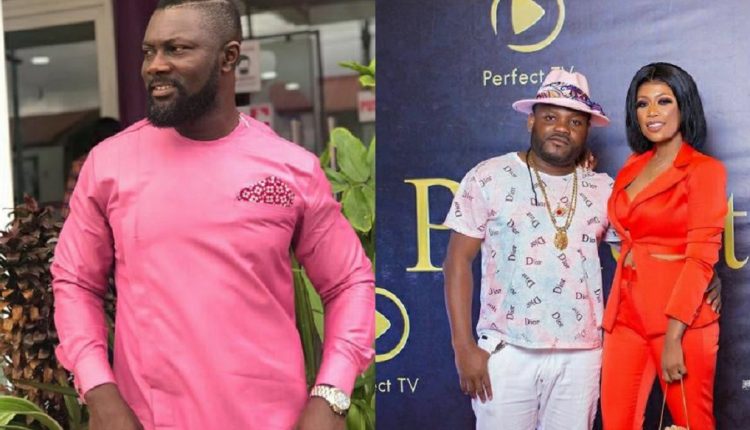 Praye Tietia has called for a boxing match between himself and Mike Two after the Adom FM presenter opined that his wife should have ignored the troll who called her an undesirable barren woman.

According to Mike Two, Selly Galley should have tolerated the troll and moved on without pouring insults on her.

Mike Two also indicated that Selly Galley should understand that social media is full of savage people so she should have the stomach to swallow nonsense.

This proposal from Mike Two, has triggered  Praye Tietia to launch an insult centred attack on the radio presenter.

As suggested by Praye Tietia, Mike Two should meet him vis-a-vis so they settle the scores as men.

Check out the screenshots below to know more…