Established Ghanaian actress who also doubles as a movie producer, Yvonne Nelson has shared her future ambitions in the political sphere with her fans and the general public at large, Gossips24.com reports.

According to Yvonne Nelson, it’s time Ghanaian trash both leading political parties, NPP and NDC because lead-members of these political parties are all corrupt, greedy and have nothing better to offer Ghanaians.

As stated by Yvonne, these two political parties have ruled Ghana for more than 35 years but citing the developmental projects and policies they have both implemented to the benefit of the ordinary Ghanaian, it’s evident that they are both incompetent, and have no better plans for Ghana.

Yvonne Nelson additionally disclosed that, she might be standing as a presidential aspirant to be elected as the first female president of the Republic but she will be doing so as an independent candidate and not on the ticket of any of the existing political parties, most especially NPP nand NDC.

The celebrated actress made these revelations, as well as her, detest for both NPP and NDC known during an interview with Naa Ashorkor on Assase radio. 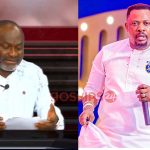 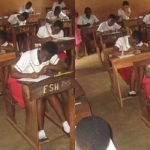