Veteran Highlife musician and prolific songwriter known as Kwaisey Pee in the showbiz scenes has outrightly dismissed claims which alleged that he had retired from music.

While speaking to Luv FM’s DJ Reuben, the “Mabre” hitmaker emphatically stated that he hasn’t dropped the microphone and trashed the pen as rumors which surfaced online some weeks ago suggested.

Kwaisey Pee also stated clearly that, he is not the league of musicians who thrive on senseless controversies to trend.

As disclosed by Kwaisey Pee, he’s still into full time music and his fans should expect breathtaking music project from him.

…I’m still doing music. I have a song with Medikal but I don’t engage myself in controversies reason why a lot has not been heard about me...

For those of us who don’t know much about Kwaisey Pee, he won the Best Male Vocalist category at 2007’s edition of Vodafone Ghana Music Awards. He has 5 five studio album snd more than 150 singles in his catalogue. 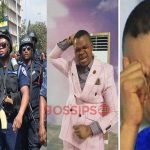 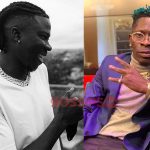 Shatta Wale backs out of Asaase clash with Stonebwoy; here is why