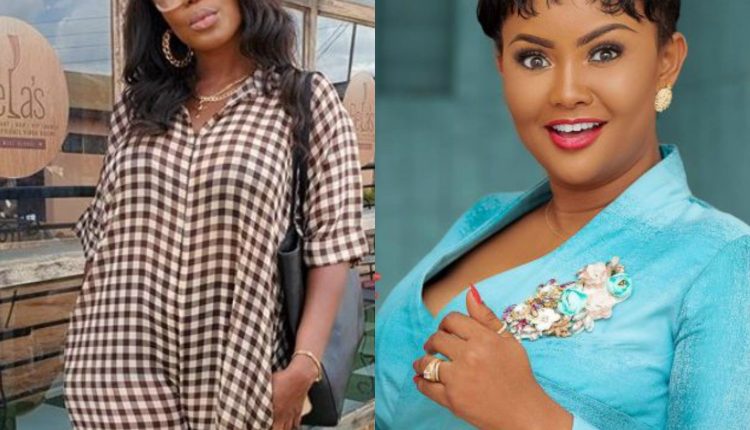 Nana Ama Macbrown has finally addressed reports which purported that bad blood exists between her and Mzbel.

For some time now, social media users have been speculating that the actress appears to have an unsettled score with Mzble which according to Nana Ama Mcbrown is never true.

During an interview on Kingdom plus FM with Fiifi Pratt, Nana Ama Macbrown explained that she’s not a kid to consume such sentiments in her heart against someone.

She also indicated it that will be sheer stupidity to hate Mzble because she once dated her husband, Maxwell.

Pressing on, the accomplished actress also added that everyone is having an ex and it’s part of life stating that she dated Okyeame Kwame before she met Maxwell to settle down with him.

Ending her submissions on the rumour of hating Mzbel, she emphasized that the songstress is not her close friend but they are both cool with each other.

Nadia Buari joins #EndSars protest; mourns all who died as a result of police brutality in Nigeria (video)

Tiwa Savage calls out Beyoncé over her silence on #EndSars protest