In a viral video, the longtime friend of Tracey said that she would destroy NDC if she drops the secrets she has about them and Tracey Boakye.

The aggrieved evangelist asserted that she knows the nitty-gritty of the mother of two and a lot has gone down at blindside of Ghanaians.

Gloria Kani further disclosed that she is ever ready to drop every single secret of Tracey and the National Democratic Congress (NDC).

She is quoted saying, ”Before we endorsed and campaigned for the NDC in 2016, I knew you and you likewise. I have swallowed so many things from you for 4 good years. I became a fool for you all these years and so let it stay that way. The table you are shaking only has one leg.” 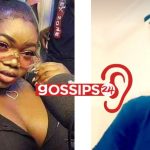 I was on a secret journey with a ‘big man’ to Dubai; I wasn’t dead – Queen Haizel publicly discloses 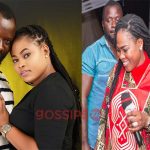