Confused Ghanaian musician, Nana Osei Bonsu who is known in the showbiz space as Nana Boroo has dropped another video on how he is working towards his re-brand.

The “Aha Y3d3” hit singer who was in the news for stealing J.A Adofo’s song announced his new name in the latter part of August… he has asked us to call him, Berose 3sixty.

Though many have slammed his new identity, advising him to work on his career, Boroo has turned a deaf ear on the slams and calls as he struggles to be like “Bobrisky”.

In a latest video he shared on his social media page, Boroo was seen in the saloon getting his “edges laid“.

“While y’all pressed about me changing my name from Nana Boroo to Berose 3sixty I’m in the saloon getting my edges laid,” he told critics. 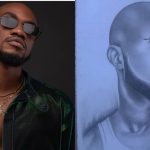 ‘You want me to hang this in my room?’ – Mr Drew rejects ugly pencil portrait 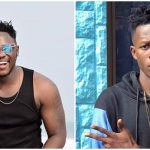