Rosemond Alade Brown has been dragging the name of veteran Ghanaian actor, Fred Amugi in the mud for sometime now. She has alleged on several occasions that she had a sexual relationship with the actor.

The noisy “all around” actress in various interviews revealed that she has been having several sexual engagements with the man popularly known as ‘Uncle Fred’ sometimes in the quest to get a role in a movie.

Uncle Fred, however, has since declined ever being in such a relationship with the social media slay queen and actress.

Surprise! Akuapem Poloo is getting married at Alisa Hotel…

In letter sighted by Gssips24.com, the management body in Charge of the veteran actor, MK Content, has issued a strongly worded warning to the actress to desist from all forms of falsehood formed against the veteran actor.

They went out to state that Fred is a respected and professional actor in the country and has spent his entire life span in building a reputation for himself. Therefore if the loud actress does not stop her deliberate attempt to blackfame their actor, they will have no choice than to drag her to court. 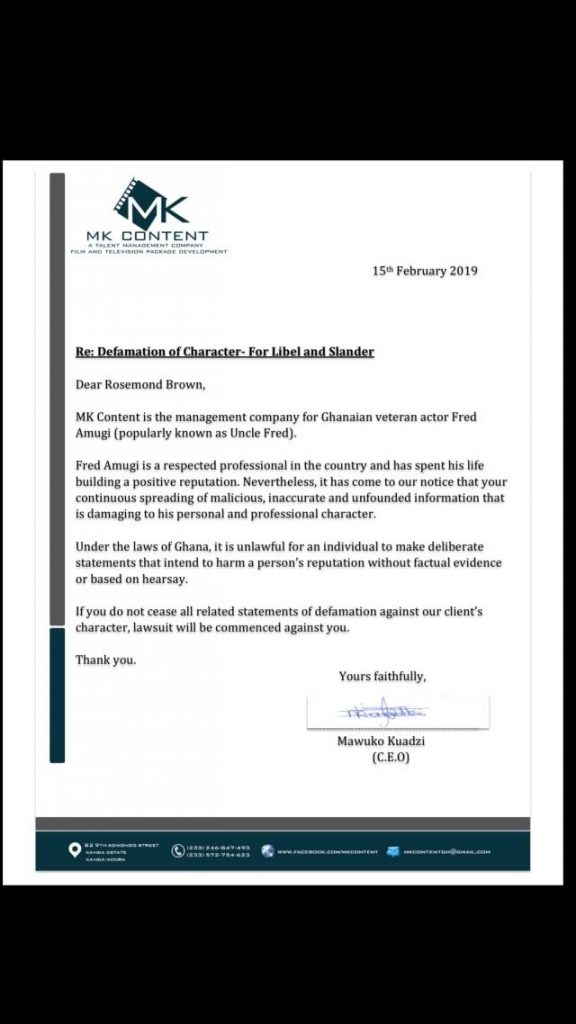 ‘ If You Wish My family Death, Death Shall be Your Portion’-Yul Edochie…