Medikal has finally confirmed Fella Makafui’s pregnancy rumour which gone rife on the Ghanaian internet community earlier this year and which according to social detectives: Was the main reason the rapper was forced to marry the actress, Gossips24.com reports.

The two power celebrity couple who walked down the aisle last 5 months ( March 7th 2020) are expecting their first child as couples probably in the next two or three months ahead of us.

Kindly watch the video below to know more ; 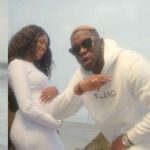 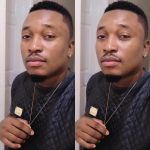