A Ghanaian woman has recounted a bizarre story of ow doctors at the Ridge Hospital in Accra left a huge towel in her tummy after undergoing surgery.

The woman in a lengthy conversation with Captain Smart on Angel FM, said she was delivered of her baby through a caesarian section at the plush but controversial hospital in 2015 when the incident happened.

After the surgery, she had been vomiting frequently and it all looked green like she had eaten green grass.

She then returned to the Hospital not less than twice but she was told that they couldn’t do anything about her situation because it had been nine months after the operation.

Her situation continued to worsen from time to time until she went to another hospital she referred to as the Rock hospital where an Xray scan detected that something was lying inside her tummy.

She agreed to undergo another surgery only for the doctor to discover a huge towel used during the operation was left inside her and her tummy was stitched over it.

Watch the full conversation below…. 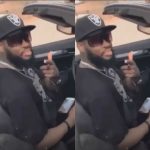 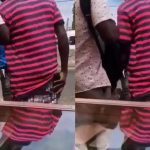