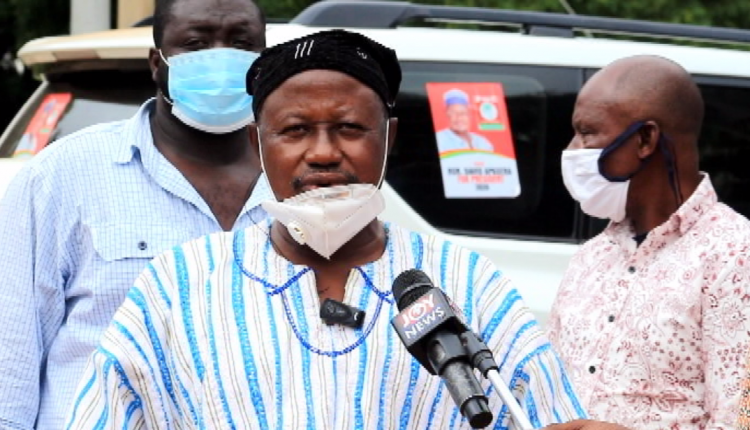 According to David Apasera, the flagbearer on the ticket of the Peoples National Convention for the 2020 general elections, the State funds and public purse will be protected by his government by shooting and hanging public officials found guilty of corruption.

He made these statement during the Minority Political Parties Debate which was hosted by IMANI Centre for Policy Education in collaboration with JoyNews at the University of Professional Studies, Accra, on Thursday, October 15.

“We want to put in place a paramilitary organisation that will be a rapid striking force to prevent highway robberies and other violent crimes. These organisations will be stationed in all regions and empowered with helicopter gunships that will rapidly move into the air to defend people who are attacked on the highway.”

Ghana is considered to be one of the more stable countries in West Africa, since its transition to multi-party democracy in 1992. However, widespread Corruption in all sectors and branches of government has  negatively affected the numerous gains made over the period.

Governments over the years have attempted to nip the cancer in the bud, with the current government establishing the office of the special prosecutor.

To David Apasera, handing these corrupt individuals death sentences will serve as a deterrent to others, which will eventually lead to growth and development.

Other presidential aspirants who participated in the debate include Kofi Akpaloo of the Liberal Party of Ghana (LPG), Ivor Kobina Greenstreet of the Conventions People’s Party (CPP),  Hassan Ayariga of the All People’s Congress (APC), Bridgette Dzorgbenuku of the Progressive People’s Party (PPP), and David Apasera of the PNC.

Wisdom is a first Degree holder in Accounting & Finance. Also a Post Graduate Diplomate of Education, and a Teacher by Profession.

Van Vicker celebrates his 17th marriage anniversary; Pens down a heartwarming message for the wife

Aside from free SHS, Nana Addo has nothing to show Ghanaians as his achievement –…