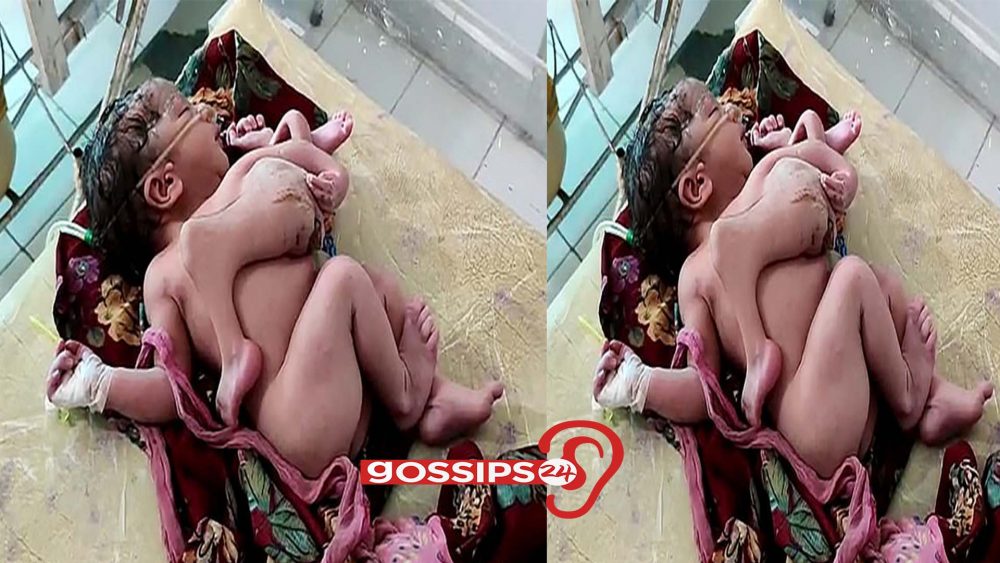 A baby girl has been born in India with four legs and three hands after she became conjoined to another baby in the womb.

Raju, the 24 year-old mother of the baby, naturally delivered twins, a boy and a girl, at a hospital in Tonk in Rajasthan, India on Friday.

While the boy was born healthy, the girl came with an extra set of legs and another hand covering her entire chest and abdomen.

Doctors believe Raju could have been carrying triplets, but one of the baby’s joined to the little girl, reported Daily Mail on Saturday.

Dr Rohitesh Meena, the surgeon who delivered the babies, said: ‘Raju gave birth naturally to the twins at around

‘The male child is normal but the female is a case of conjoined twins. She had minor breathing issue. We put her on oxygen support and her vitals are stable now.

‘We will refer her to an advanced hospital in Jaipur for further treatment and paediatric surgery. The mother and the male child are stable.’


Doctors believe the youngster’s extra limbs could be removed though surgery.

JOIN THE FUN, SHARE THIS !!!
Share
Related Topics:Baby girl born with four legs and three hands
Up Next